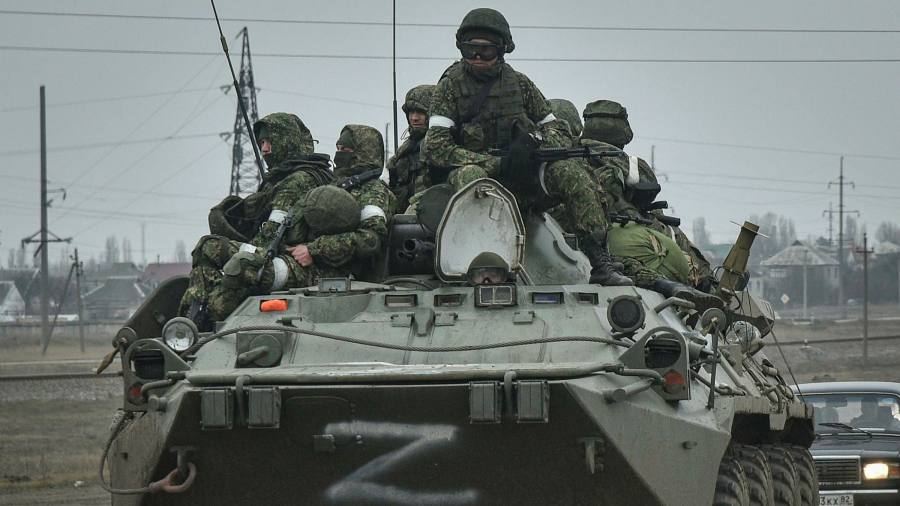 UK business secretary Kwasi Kwarteng summoned the chief executive of BP to a crisis meeting on Friday as the company faces calls from opposition MPs to divest its stake in Rosneft, the Russian oil giant.

BP is under pressure to sever its ties with Rosneft over the oil producer’s central role providing fuel to Russia’s armed forces, which are engaged in a bloody assault on Ukraine.

The Russian company, in which UK-listed BP holds a 19.75 per cent stake, is one of the country’s largest crude oil producers and a main supplier of fuel to Vladimir Putin’s military.

Kwarteng is “uneasy” about BP’s involvement in Rosneft and asked BP boss Bernard Looney for a briefing on the company’s detailed exposure to Russia and future plans, according to a person with knowledge of the situation. “BP left the meeting with no doubt about the strength of the UK government’s concern,” the person said.

Opposition politicians have called for BP to divest its Rosneft stake. Labor MP Margaret Hodge, who chairs a cross-parliamentary anti-corruption group, said: “It is totally shocking that BP – a major British corporation – is fueling the invasion of Ukraine and profiting from Putin’s maniacal aggression. I fully expect BP to do the right thing by swiftly divesting. ”

Sir Ed Davey, leader of the Liberal Democrats urged BP to give up its Rosneft investment “with immediate effect”. “It would be totally unacceptable for British companies to profit from investments in Russia after the illegal invasion of Ukraine,” he said.

BP has been criticized before for its stake in Rosneft, which has been under US and EU sanctions since Russia annexed Ukraine in 2014.

Those measures were designed to ensure Rosneft could still export oil and gas but stymie its future growth. As a result, BP was still able to report profits of more than $ 2.4bn from its Rosneft stake last year and collect $ 640mn in dividends, while Looney has continued to sit on the Russian group’s board.

But the Russian invasion of Ukraine, which has resulted in sweeping sanctions against the Russian regime and seen several European executives resign positions on Russian boards, has increased scrutiny of the partnership. Looney also sits, alongside Putin, on the board of trustees of the Russian Geographical Society, an institution that preserves Russia’s “historical, cultural and moral foundations,” the Times reported on Friday.

A top 20 shareholder in BP said that the company’s shareholding in Rosneft was increasingly problematic but that it would struggle to find a buyer of the stake even if it wanted to divest.

“It has to be worrying what Rosneft fuel is being used for. But what would BP do? They’re a minority shareholder, ”the person said. “The key thing is that anyone prepared to buy a big chunk in a Russian oil company is probably not someone you’d want to sell to.”

The Russian government holds a 40 per cent direct stake in Rosneft, which is the largest oil refiner in the Russian Federation with 13 refineries. Its facilities processed 93mn tonnes of crude oil in 2020 and the company provides fuel to various parts of the Russian state, including the air force.

In December, Rosneft’s aviation fuel subsidiary, Rosneft-Aero, sought a contractor to transport aviation kerosene from the Yaroslavl oil refinery to a Russian military airfield at Torzhok north-west of Moscow, according to a publicly available copy of the tender document provided to the Financial Times by Source Material, an investigative journalism organization.

In an interview with the FT this month, Looney said BP would worry about new sanctions if and when they materialized. “Let’s see what happens. There are sanctions today, we comply with sanctions, ”he said.