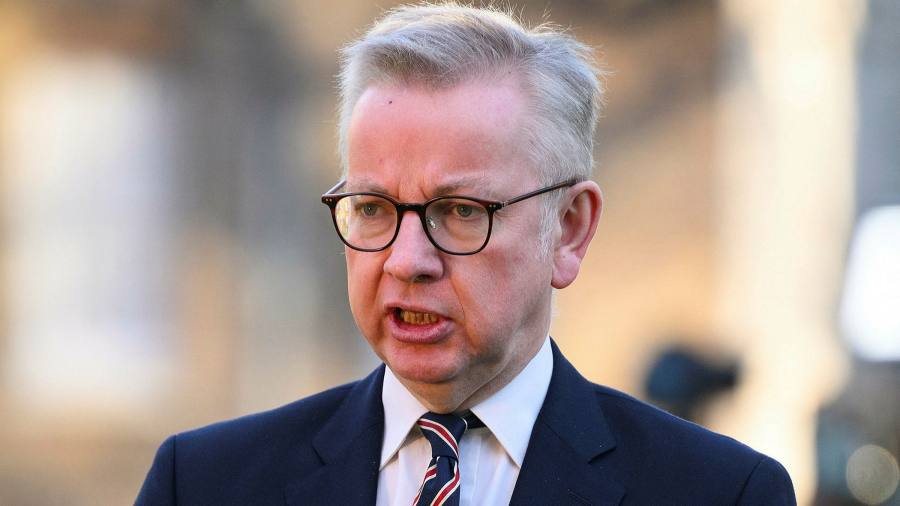 Ukrainians fleeing their homeland could be housed in the lavish UK residences of oligarchs hit with sanctions under the proposals discussed by Gove, the leveling-up secretary, and other ministers, according to government insiders.

Boris Johnson, UK prime minister, who was accused by Labor on Wednesday of failing to take sufficient action against Putin’s allies following his invasion of Ukraine, is said to be supportive of Gove’s plans to seize the land and property of sanctioned oligarchs.

The proposals are likely to require legislation, and government lawyers have concerns the plans would be subject to legal challenges because they would undermine UK property rights. No final government decision has been reached on whether to proceed.

Gove’s plans would apply to nine oligarchs who have been sanctioned by the UK, including Kirill Shamalov, Russia’s youngest billionaire and Putin’s former son-in-law. The government has proposed these people will have their UK assets frozen and be unable to travel to Britain.

Liz Truss, UK foreign secretary, on Monday said the government was working through a “hit list” of oligarchs with links to Putin, with a view to imposing sanctions on them.

Johnson told the House of Commons on Wednesday: “The vice is tightening on the Putin regime and it will continue to tighten.”

One government insider involved in Gove’s plans said “freezing assets is not enough” and officials in the Department for Leveling Up, Housing and Communities were “looking at seizing the land and property of sanctioned individuals”.

A Whitehall official said civil servants were examining “very carefully” what steps would be needed to hand powers to ministers to “swiftly acquire specific land and property in the UK owned by a sanctioned person, without the need to pay them compensation”.

Another government insider said ministers were discussing using oligarchs’ properties for housing Ukrainians who have had to flee the war in their country.

Johnson is coming under pressure from Labor to match EU sanctions introduced since Putin’s invasion of Ukraine, which cover prominent Russian oligarchs, Kremlin officials and other Putin allies.

While the UK has targeted nine oligarchs to date, the EU has sanctioned more than 25 Russians with links to Putin.

Sir Keir Starmer, Labor leader, on Wednesday asked Johnson why Igor Shuvalov, Russia’s former deputy prime minister, was not on the UK’s sanctions list given he had already been targeted by the EU.

Starmer used parliamentary privilege to repeat claims that Shuvalov owns two flats worth about £ 11.4mn on a combined basis in central London.

“Last week, Putin summoned to the Kremlin the cronies who prop up his regime,” said Starmer. “They dip their hands in the blood of Putin’s war.

Among them was Igor Shuvalov, Putin’s former deputy prime minister. Shuvalov owns two flats, not five minutes walk from this House. They’re worth over £ 11mn. He’s on the EU sanctions list, but he’s not on the UK sanctions list. When will the prime minister sort this out? ”

Starmer said Shuvalov’s properties were registered under a “shell company” and the true owner was only known because of information obtained by Alexei Navalny, the Russian dissident and leading opponent of Putin.

Johnson said the UK government was willing to “sanction any individual [and] any company connected ”to Russia’s leadership, but would not comment on individual cases.

The government on Monday unveiled a much-delayed economic crime bill that will establish a register requiring anonymous foreign owners of UK land and property to reveal their identities. It is meant to stop people hiding their ownership of property behind shell companies registered in offshore tax havens.

Starmer said that Labor supported the economic crime bill but warned the new rules would not come into force for existing foreign owners of UK property until 18 months after the legislation is approved.

“Why are we giving Putin’s cronies 18 months to quietly launder their money out of the UK property market and into another safe haven?” he asked.

Johnson said the government would work with Labor to “strengthen and accelerate the package of measures” outlined in the bill.