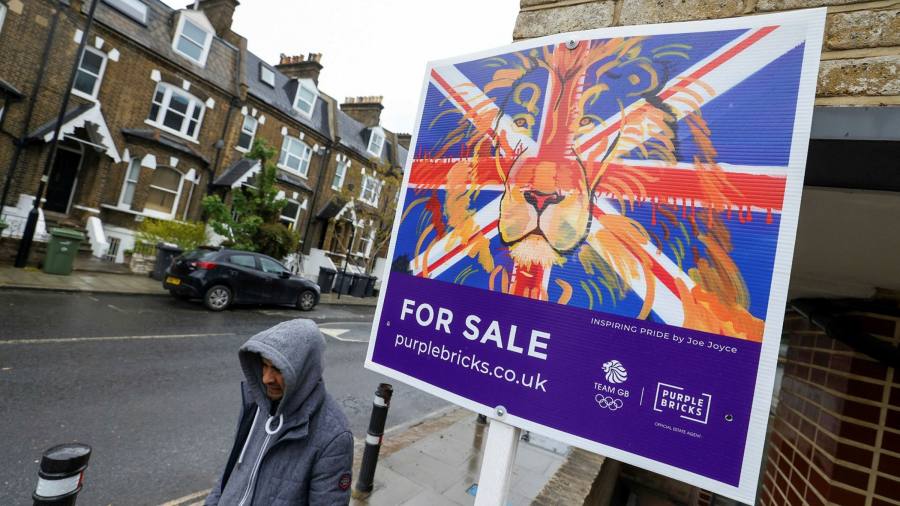 Annual house price growth in the UK hit 12.6 per cent in February, despite rising mortgage rates, pushing the average house price over £ 260,000 for the first time.

Last month’s rise of the Nationwide House Price Index was the biggest since June last year and up from the 11.2 per cent jump in January, which was the strongest start to the year since 2005.

The increase pushed the average nominal house price to £ 260,230, the highest since comparable data first began in 1952. This was up £ 29,162 on February 2021 – the largest year-on-year increase recorded by the lender – compared to average earnings for full -time employees last year of £ 31,285.

“The price of a typical home is now equivalent to 6.7 times average earnings, up from 5.8 in 2019,” said Robert Gardner, Nationwide’s chief economist.

He said that a combination of “robust demand and limited stock of homes on the market” had kept upward pressure on prices but warned that he did not expect the boom, which continued throughout the pandemic, to last.

“The continued buoyancy of the housing market is a little surprising, given the mounting pressure on household budgets from rising inflation. . . the squeeze on household incomes has led to a significant weakening of consumer confidence, ”he added.

Gardner said that the uncertain economic outlook, particularly with war in Ukraine further denting confidence, and continued inflationary pressures would take the steam out of the housing market during the course of this year.

“Housing affordability has already become more stretched, in part because house price growth has been outstripping earnings growth by a wide margin since the pandemic struck,” he said.

Amanda Aumonier, the head of operations at mortgage broker Trussle, agreed and said that house prices would become “intrinsically linked to the overall economic picture”.

She added: “As people take stock of their current financial situation and manage the increased cost of living, this could impact the pipeline of homebuyers, decreasing the demand on property and the likelihood of bidding wars.”

Gabriella Dickens, senior UK economist at Pantheon Economics, predicted that weakening demand would push the year-on-year growth of house prices down to 3.5 per cent by the end of 2022.

But Jason Tebb, chief executive of OnTheMarket.com, a property search website, said he expected the market, which was still an “elevated, faster-paced version” of that before the pandemic, to hold up.

“There might not be a queue of 30 people out of the door for every property but there’s still a large number of highly motivated buyers,” he said.