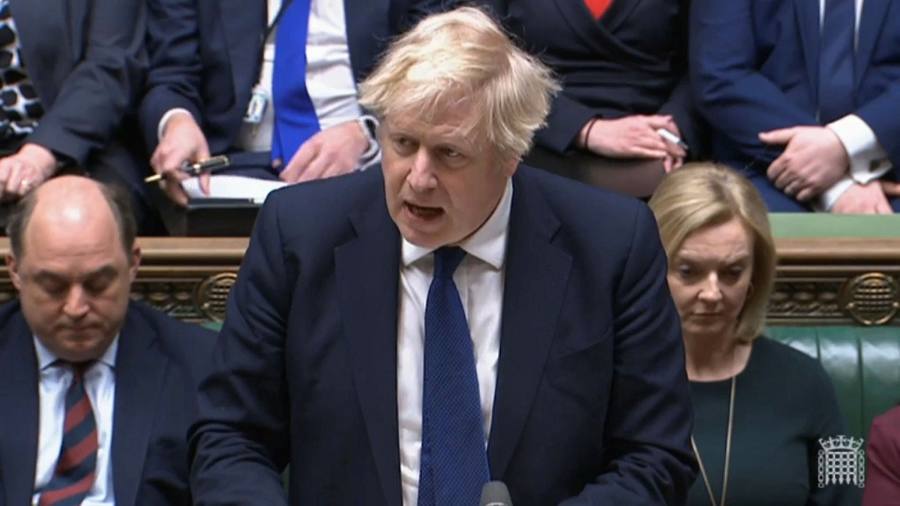 Boris Johnson has outlined what he claimed was “the largest and most severe package of economic sanctions that Russia has ever seen” in response to Vladimir Putin’s full-scale military invasion of Ukraine.

In a statement to MPs in the House of Commons, the UK prime minister described Russia’s president as a “bloodstained aggressor who believes in imperial conquest”.

Russia’s biggest banks will be hit, Russian citizens will face limits on the deposits they can hold in UK bank accounts, high-tech exports to Russia will be curbed and Aeroflot will be banned from UK airspace.

“These trade sanctions will constrain Russia’s military, industrial and technological capabilities for years to come,” he said. Belarus, which has supported the invasion, will be hit by the same measures.

Johnson announced the package, which is part of a synchronized set of reprisals by the west over the invasion of Ukraine, shortly after talks with G7 leaders.

“Overall, we’ll be imposing asset freezes on more than 100 new entities and individuals, on top of the hundreds we’ve already announced,” he said, as he laid out the 10-point sanctions plan.

The measures include an asset freeze on all major Russian banks, with immediate action against Kremlin-controlled VTB, Russia’s second-biggest lender, which accounts for 16.4 per cent of the country’s bank assets. It has limited operations in the UK through its investment banking arm, VTB Capital.

Denis BortnikovDeputy president of VTB and son of Alexander Bortnikov, head of the FSB

Elena Aleksandrovna Georgievachair of the board of Novikombank, a state-owned defense conglomerate

In a statement, VTB Capital said it was “taking all necessary measures to resolve the situation with each of our clients” and was “determined to continue co-operation with clients and partners in accordance with the law”.

Legislation will be introduced on Tuesday to prohibit Russian companies from raising finance on UK markets and to stop Russia issuing sovereign debt on the London market.

More than 100 individuals, entities and subsidiaries will also face asset freezes, including companies that Johnson said “support Putin’s war machine”. Five other oligarchs with close links to the Russian president will be targeted.

There will be an immediate suspension of export licenses for “dual use” items destined for Russia, including high-tech components used in sectors such as aerospace and the oil industry. Rostec, Russia’s biggest defense company, is also being targeted.

Legislation to limit the amount of money that any Russian citizen can deposit in UK bank accounts will also be passed, although the maximum amount has not yet been agreed.

Johnson said Britain was working with other western allies over shutting Russia out of the Swift bank payments mechanism, although a number of countries, including Germany, have reservations about the measure.

The package goes far beyond the sanctions announced by Johnson earlier this week, which were widely criticized as too weak.

Johnson said he would also bring forward in the next few weeks the long-awaited Economic Crime bill, which aims to crack down on “unexplained wealth” in the UK. 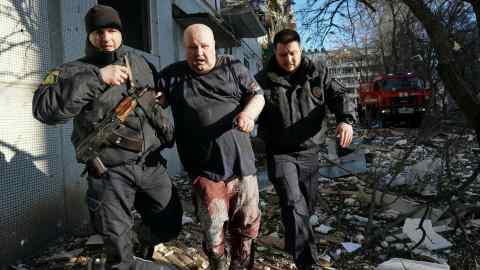 The new package of sanctions was welcomed by Sir Keir Starmer, Labor opposition leader, who had been demanding tougher action against Moscow.

Johnson told MPs that the new powers would “enable us to ban Russian state and private companies from raising funds in the UK, banning dealing with their securities and making loans to them”.

Volodymyr Zelensky, Ukraine’s president, on Thursday evening asked the country’s western backers to enforce a “no-fly” zone over his country. A Downing Street spokesman, asked if the UK would back that proposal, confirmed that “we are looking at all options in that space”.

Meanwhile, 11 leftwing Labor MPs have been instructed to take their names off a Stop the War campaign letter in which they criticized Britain and NATO for provoking Putin ahead of the attack on Ukraine.

Most of the MPs signaled they would obey the edict from the Labor leadership. Jeremy Corbyn, former Labor leader, also signed the letter, but is currently suspended from the party.