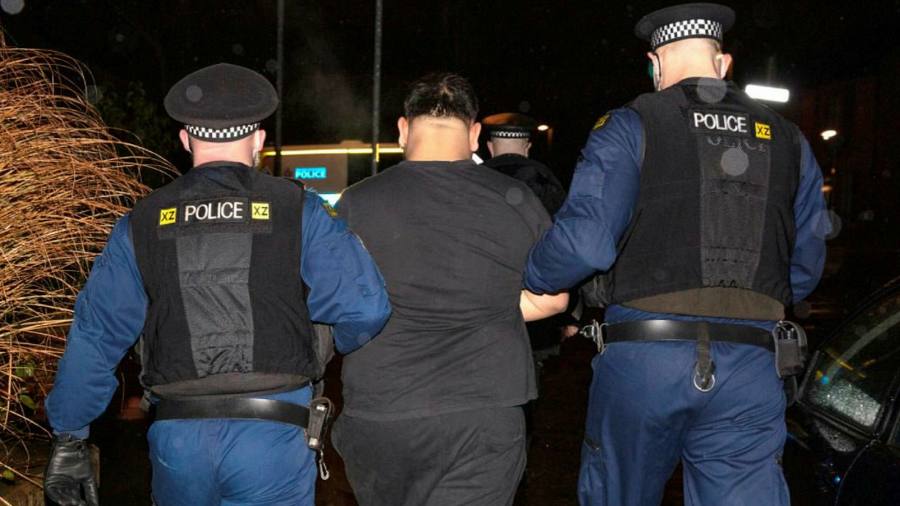 Last month five members of a Manchester crime gang were jailed for a total of 46 years for their part in an international “chop shop” ring that used government-backed Covid-19 loans to export stolen luxury cars to Dubai.

In his sentencing, Judge Anthony Cross QC demanded an explanation from the government as to how a defendant with multiple criminal convictions, including a four-year jail term for drug offenses, was able to obtain a state guaranteed loan without the “most basic of checks ”.

He told defendant Asif Hussain, 44, of Stockport: “You have a total of 48 previous offenses for dishonesty and other offenses. That such a man as you was able to obtain a Covid loan defies belief. ”

The case is one of a series of criminal prosecutions to come before the courts in England and Wales that are shedding light on how the government’s bounce back loan scheme for small companies struggling in the coronavirus crisis was infiltrated by criminals who saw it as a source of easy money.

Fraud investigations focused on 205 suspects and 16 organized crime gangs have been opened, involving what was a flagship business loan program, according to the National Investigation Service, a law enforcement agency.

Launched by Chancellor Rishi Sunak in May 2020 and managed by the state-owned British Business Bank, the bounce back loan scheme provided 1.1mn small companies with borrowing worth more than a total of £ 47bn. But the program has been criticized for having limited verification of borrowers and no credit checks.

In December the National Audit Office, parliament’s spending watchdog, reported that a lack of due diligence had left the bounce back loan scheme “vulnerable to fraud and losses”, estimating that as much as £ 5bn could be lost to fraudsters.

Susan Hawley executive director of Spotlight on Corruption, a campaign group, said that while it was positive that investigations had been opened by law enforcement, the scale of the fraud involved meant the probes felt “like a drop into the ocean”.

“The British public will be paying back the fruits of this extreme negligence and failure to put in place basic fraud protection for years to come,” she added.

Agnew claimed the government, which agreed to fully guarantee lending under the scheme, had so far reimbursed banks almost £ 1bn for loans that had been defaulted on.

He added that more than a quarter of this was in relation to loans that were fraudulent.

In the “chop shop” ring case, Manchester Crown Court heard how vehicles, including Range Rovers and Porsches, were stolen in a series of “horrific” night-time burglaries.

The gang stripped down the cars for parts in “chop shops” housed in old cotton mills across north-west England or shipped them for sale in containers to the Middle East.

Prosecutors outlined how two members of the gang had made use of £ 145,000 they had secured in bounce back loans. One member, Hussain, who was a director of the Wigan-based company German Automotive 365 Ltd, was given a £ 50,000 bounce back loan for his bogus company within seven days of applying.

In a separate case in November, Judge Cross jailed six men from a drug dealing gang at Manchester Crown Court for a total of 133 years.

The men were part of a conspiracy to supply cocaine and were convicted of a plot to kidnap and rob an 82-year-old wealthy businessman.

One defendant had obtained a £ 25,000 bounce back loan for a south Manchester plastics business, which the gang had used as a front for their criminality, the court heard.

In a third case in December, two international criminal ring bosses responsible for laundering £ 70mn, including £ 10mn that came from bounce back loans, were jailed for a total of 33 years at Kingston crown court.

Artem Terzyan, 38, from Russia, and Deivis Grochiatskij, 44, from Lithuania, were convicted of two counts of money laundering after exploiting the loan scheme, with £ 3.2mn received from one bank alone, according to the National Crime Agency.

In his sentencing remarks, Judge Rajeev Shetty said UK taxpayers would be “staggered and upset that part of their hard-earned tax contributions was going into the pockets of criminals”.

Mike Levi, professor of criminology at Cardiff University, said he was not surprised at the level of fraud on the bounce back loan scheme given the lack of credit checks in the early stages of the pandemic.

“There was a lot of money and the attitude of individuals or networks of fraudsters was to think this was just a freebie,” he added.

The Department for Business, Energy and Industrial Strategy, which oversaw the bounce back loan scheme, said that government support had provided “a lifeline to millions of businesses” and protected millions of jobs.

It added: “We are continuing to crack down on Covid-19 fraud and will not tolerate those who seek to defraud the British taxpayer,” and that it was working closely with lenders and enforcement authorities to ensure those that have committed fraud face consequences ”.

Natis has recovered £ 4.8mn lost in illegal bounce back loans so far but lawyers said the chances of recovering more significant sums are slim.

Peter Binning, partner at law firm Corker Binning, said: “It’s pretty clear that the government had the intention of getting money out as quickly as possible to the public and they took no adjacent steps to put in place counter fraud measures.

“Once the money has got out. . . the chances of recovering it are low. ”