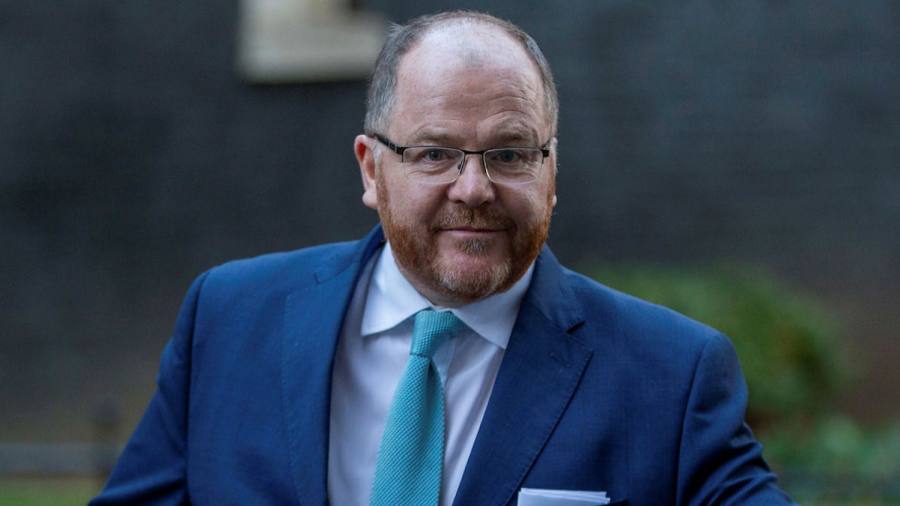 The UK is planning to spend £ 6bn over three years on a new global science fund, if the EU refuses to let the country take part in its Horizon Europe research program, the government’s preferred option.

George Freeman, science minister, told the FT that he was working on the new international fund, known in science policy circles as Plan B, while still hoping that Brussels will give Britain associate membership of Horizon Europe – the EU main funding program for research and innovation with a budget of € 95bn over seven years.

British association with Horizon Europe was foreseen in the 2020 Brexit agreement but has not taken place yet, as a result of continued disagreements between the EU and UK over Northern Ireland and other issues. Switzerland remains shut out too for similar political reasons.

“Our position remains that we want to associate. Hopefully, perhaps after the French elections and the resolution of various issues still being discussed around Brexit, association will be possible, ”said Freeman, who campaigned strongly for Remain during the 2016 referendum.

He declined to say how long the UK would wait before giving up on Horizon but said the government was actively formulating an alternative “coherent and ambitious plan for international science. . . based on the elements of Horizon that researchers find most valuable: global fellowships, strong industrial challenge funding, innovation missions around tomorrow’s technologies. Outside Horizon we have the freedom to be more global, ”he said.

We have created Aria in a way that is free of interference and management from Whitehall.

Freeman said he was “reaching out to science allies” outside the EU including Australia, Canada, Israel, Japan and other countries in the Asia-Pacific region. With Switzerland also feeling “very frustrated” by its exclusion so far from Horizon Europe, he will meet the Swiss science minister on Monday.

“One problem with Plan B is that we do not really know yet what it would involve,” said Daniel Rathbone, head of policy at the Campaign for Science and Engineering, a grassroots pressure group. “With Horizon Europe we know what we’re getting and the deal is ready to go if politics permit.”

Pressure on Brussels to admit the UK is coming not only from British scientists but also from their continental counterparts who maintain that failure to reach an agreement would damage European science as a whole.

James Wilsdon, professor of research policy at Sheffield University, said: “The uncertainty is already leading to a downward spiral in collaborative activity between scientists in the UK and the continent.”

He agreed that the government had to prepare a Plan B but should be more open with UK researchers about what it could and could not achieve. “We may be able to create a global grant-giving program but it will be extremely hard to replicate the whole collaborative structure of Horizon Europe,” Wilsdon said.

Freeman’s appointment as science minister last September was warmly welcomed by most UK scientists, who appreciated his knowledge of the sector from a pre-parliamentary career founding high-tech companies and then a spell as minister for life science in David Cameron’s coalition government.

Rathbone said Freeman still enjoys support from the research community. “He has hit the ground running,” he said. “He has a lot of ideas and enthusiasm for the sector and is engaging with scientists.”

Although the autumn’s spending review cut the rise in public R&D funding to £ 20bn in 2024-25 from the £ 22bn promised in 2020, researchers are still looking forward to an increase in real terms from the £ 14.9bn allocated this year.

Besides Horizon Europe, another issue on Freeman’s ministerial plate is the new Advanced Research and Invention Agency (Aria) which the government is setting up with a £ 800mn budget to carry out high-risk high-reward research, modeled on the US Defense Advanced Research Projects Agency (Darpa). 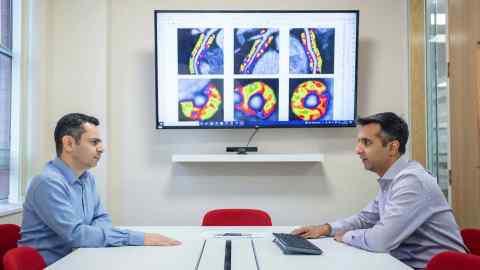 Aria was a personal enthusiasm of the prime minister’s former special adviser Dominic Cummings, who left 10 Downing Street in November 2020, and some feared that the project was losing momentum. But it received a boost last week when Peter Highnam, a highly regarded computer scientist who is currently deputy director of Darpa, agreed to become Aria’s first chief executive on a five-year term starting in May.

“When Peter Highnam, who for those who are not familiar with him is to science what Alex Ferguson is to football management, wants to become CEO of this exciting new agency, that is a huge validation of our plans and our science,” says Freeman. “We are now in the process of appointing a chair to complement Peter.”

“We have created Aria in a way that is free of interference and management from Whitehall,” Freeman added. “It’s the ultimate laboratory to attract the world’s best scientists to come and use our infrastructure for research to answer the big questions facing the globe in the 21st century.”

Aria’s chair and chief executive, together with a small group of program managers, will have flexibility and power to select and pursue projects without interference, compared to their counterparts at UK Research and Innovation, the country’s mainstream science funding agency.

Though ministers have been criticized for exempting Aria from the freedom of information requirements to which other public bodies are subject, Freeman insisted: “This is public money and Aria will be accountable to Parliament. . . But we want to be able to say to Peter Highnam: ‘You have the freedom to create here a living lab of exciting discovery science without the all too common short-term funding constraints and bureaucracy that dominate so much of global research’. “