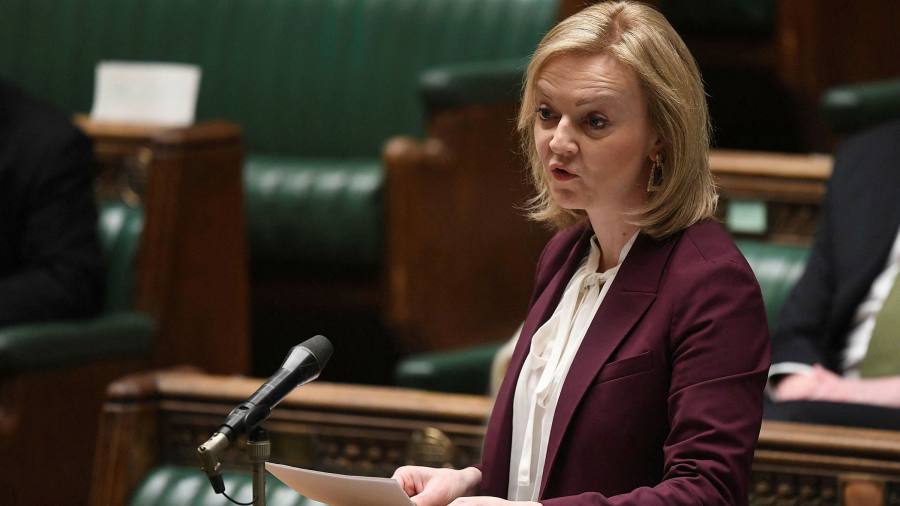 The UK has said it will project a tougher stance than Emmanuel Macron when its foreign minister meets her Russian counterpart in Moscow on Thursday, in a move highlighting the difficulty of shaping a common approach in Europe over how to prevent another Russian invasion of Ukraine.

While France’s president insisted on dialogue after his five-hour meeting with Russia’s leader Vladimir Putin on Monday, Liz Truss, UK foreign secretary, will seek to emphasize the “severe costs” of another invasion of Ukraine when she meets Sergei Lavrov, British officials said on Wednesday.

“We will be taking slightly different messages,” said one UK diplomat. “We all believe in deterrence and dialogue. We are just keen to emphasize the deterrence line a bit more. ”

Another government insider said the French were “taking a slightly different message from almost everyone else”.

Truss said: “Russia should be in no doubt about the strength of our response. We have said many times that any further invasion would incur severe costs, including through a co-ordinated package of sanctions. ”

While France and Germany have been more circumspect about Putin’s intentions, the UK has embraced the US’s more urgent assessment that the build-up of more than 100,000 Russian troops near Ukraine’s border could be the prelude to another invasion. Writing in The Times newspaper on Tuesday, Prime Minister Boris Johnson said the UK would “not flinch” over Ukraine and that he was considering sending RAF Typhoon jets and Royal Navy warships to eastern Europe in the event of further Russian incursions into Ukraine.

Speaking in Kyiv on Tuesday, Macron said he had received reassurances from Putin the day before that there would be no “deterioration or escalation” of the crisis. He insisted Russia’s leader and Ukraine’s president Volodymyr Zelensky had committed to re-engaging in the “Normandy format” talks – which involve Russia, Ukraine, France and Germany – to end the ongoing conflict pitting Russian-backed separatists against Kyiv in the eastern Ukrainian region of Donbas. The war, which started shortly after Moscow invaded and annexed the Ukrainian peninsula of Crimea in 2014, has killed more than 14,000 people.

A London-based French diplomat said Macron conveyed a “firm message” to Moscow, adding that Paris was “ready to react firmly in case of any new attack on Ukraine’s territorial integrity”.

British officials also insisted the UK prime minister and Macron had a productive call over the weekend to discuss the crisis and both countries were both keen to see “de-escalation”.

Andrei Kelin, Russia’s ambassador to the UK, on ​​Monday accused Truss of spreading “pure lies” about his country’s alleged plans to attack Ukraine. “Preparing to visit Moscow in that mood is odd. Because if that’s what she’s bringing, it’ll be a short conversation, ”he was quoted as saying by Russian news agency Interfax.

Truss’s visit is the first by a UK foreign secretary to Russia in more than four years. Defense Secretary Ben Wallace is also due to meet his Russian counterpart in Moscow on Friday.

The visit is part of a diplomatic push by European countries to de-escalate tensions. Johnson will travel to Poland for meetings with Prime Minister Mateusz Morawiecki and President Andrzej Duda; he will then meet NATO Secretary-General Jens Stoltenberg in Brussels.

Macron also met Germany’s chancellor Olaf Scholz and Duda on Tuesday after his Moscow-Kyiv tour and has been holding calls with US President Joe Biden and Baltic leaders on Wednesday. Scholz met Biden in Washington on Monday.