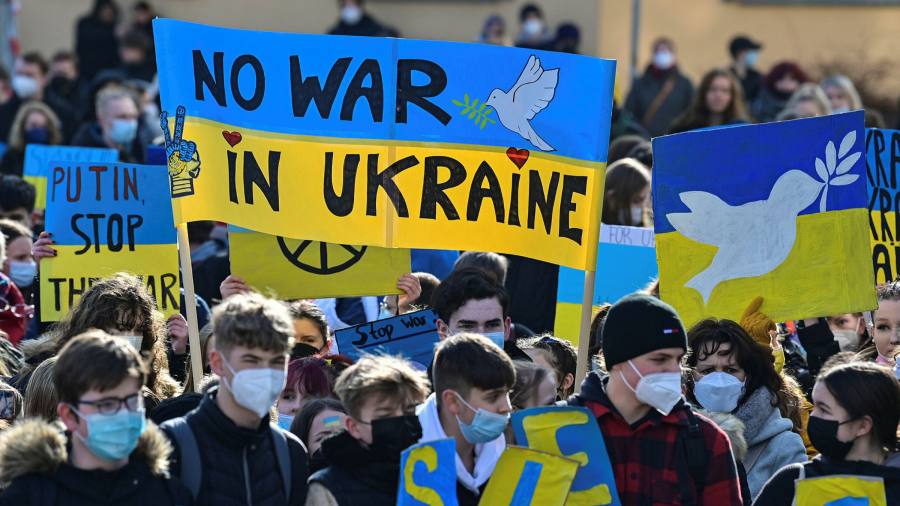 Blue and yellow Ukrainian flags fluttered amid posters of doves, while on stage a man crooned John Lennon’s antiwar song “Imagine”. But like many Germans demonstrating against Russia’s invasion of its neighbor, for Lisa Just, the peace banner she was waving now meant something different than before.

A week ago, she saw herself as a pacifist. Now she believes Germany should provide military support to Ukraine in its fight against Russia.

“I’d always said, no way would I ever support a war. But now I think this is the right way to go, ”the schoolteacher said at a rally in the center of Berlin on March 3.“ This escalation [Russian president Vladimir] Putin started has to be stopped. “

She was referring to the seismic change of direction announced by Chancellor Olaf Scholz late last month, which overturned decades of foreign and defense policy founded in the country’s post-second world war aversion to military engagement.

Prompted by images of the devastation in Ukraine following Russia’s invasion, and a public outcry at Berlin’s perceived inaction, Scholz announced a € 100bn fund to modernize Germany’s military. He also vowed to spend more than the Nato target of 2 per cent of the country’s gross domestic product annually on defense, compared with 1.5 per cent now – a pledge that critics have demanded for years.

Scholz put into words what many Germans were feeling as he announced the measures in the Bundestag. Germany, he said, had to embrace a Time consuming – a historical turning point.

A few weeks ago, Berlin faced international derision for offering 5,000 helmets to Ukraine as more than 100,000 Russian troops massed on the country’s borders and Kyiv sought to shore up its defenses. Now it has ended its strict ban on the export of lethal weapons to conflict zones, supplying Kyiv with hundreds of anti-tank and anti-aircraft missiles.

Germany, scarred by the legacy of the second world war and cold war, has for decades hewn close to pacifism – often to the chagrin of NATO allies such as Washington.

It has avoided military spending and intervention whenever possible. Notable exceptions were its deployment to support NATO in Afghanistan after the 9/11 attacks on the US in 2001 and in the Balkan wars of the 1990s.

“Our generation was raised [to be] very skeptical about the use of military force, ”said Nils Schmid, foreign policy spokesperson for Scholz’s Social Democratic party (SPD). The new proposals marked a “huge policy shift”, he said. But he argued they were not a break from longstanding policy – they were a reboot.

Pointing to Willy Brandy’s Eastern politics – the former German chancellor’s policy of rapprochement with the Soviet Union in the 1960s – he said: “We see him as the leader who brought detente. . . and completely forget the military side. ”

But “there was huge defense spending in the 1970s. . . the nostalgia for Brandt forgets he was a strong proponent of nuclear sharing ”, he said, referring to a NATO agreement in which some countries without nuclear weapons agreed to be involved in their use in the event of conflict.

For many Germans, the latest transition is uncomfortable. “It’s very difficult for me to say: yahoo, great, exactly right. But in the end, I came to the conclusion this requires a stronger reaction than sending helmets, ”said Just.

Polls show that roughly two-thirds of Germans now back the plans proposed by the government, a coalition between the SPD, Greens and pro-business Free Democrats.

Claudia Major, of the German Institute for International and Security Affairs, said she found the approach convincing: “Making this situation about [Germany’s security too]- that’s what makes this different. ”

Seeing buildings smouldering and children hiding in subways in a city a two-hour flight away brought the conflict close to home, said a trio of 16-year-olds at the Berlin rally.

“Of course, it’s always awful seeing wars hurting other regions. But seeing it so close? That’s a new feeling for me, ”said one of them, Lena Schiel.

Sara Nanni, defense spokeswoman for the Greens, said domestically focused Germans were waking up to international affairs. “Unfortunately, we were often too preoccupied with ourselves to look much at the world,” Nanni said. “We are at the beginning of something here.”

The current sense of unity and willingness to take costly action could be fleeting, however. Eventually, the cost of sanctions will hit home, and Moscow could cut off fossil fuel exports to Germany, which is heavily dependent on them. More than 55 per cent of gas, 50 per cent of coal and 35 per cent of oil consumed in the country comes from Russia.

Conservatives may balk if the government takes on too much debt, warns Noah Barkin, of the German Marshall Fund, while the Social Democrats and Greens might rail against high military spending at the expense of welfare and climate projects.

“There are risks to Scholz on the left and right,” said Barkin. “But he’s created facts on the ground now, and there will be huge pressure to support him.” 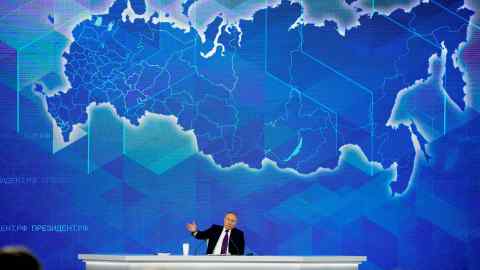 New points of convergence have emerged, however, such as a revised stance on Germany’s Wshare by trade – change through trade – policy. “There still needs to be contact, there needs to be room for diplomacy,” said Schmid. “But we should be very sober about the prospects of improving the situation with authoritarian countries.”

This meant curbing the economic interdependence between Germany and countries such as Russia or China, said Nanni. “We need more energy independence, food supply independence,” she said.

Tackling deep pacifist convictions among leftwing Germans may be harder. Robert Habeck, the Green minister of economics and climate protection, used a speech last week to try and convince them that Scholz’s plans were right.

“I respect [the pacifist position], but I think it is wrong, ”he said, arguing that Germany would also be guilty if it had not offered military support against Russia’s invasion. No matter what Germany did, “we’re not coming out of this with clean hands”, he said.

Yet he could not hide some doubts about what lay ahead: “This is the right decision. But whether it is a good one, no one knows. . . who knows how this war will develop? ”