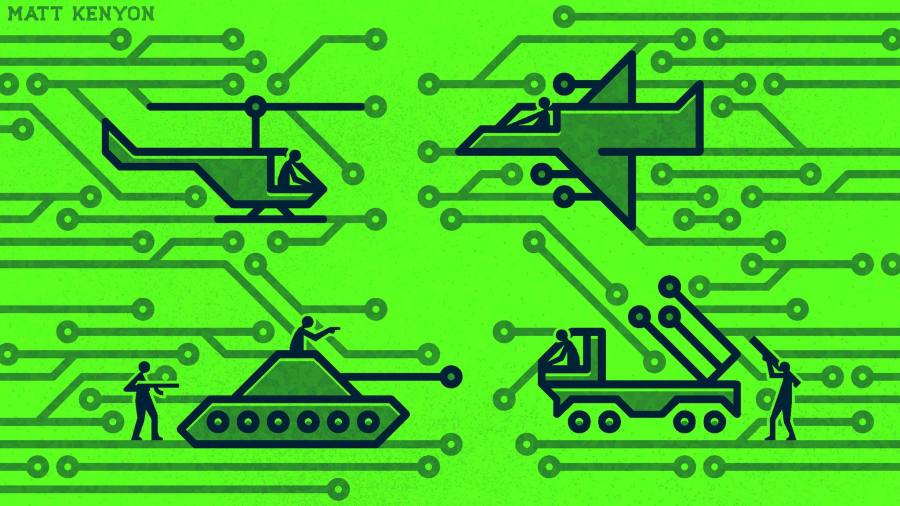 The British author Norman Angell argued in 1910 that war was obsolete because of economic interdependence between countries. More recently, political scholars including Robert Keohane and Joseph Nye have made the case that global “networks of interdependence” would have a pacifying effect. A century ago, those networks included steamships, railroads and the telegraph system. Today, they include financial markets, multinational supply chains and the internet.

But, as we are currently seeing in Ukraine, war is still very much with us, and it is waged using not only guns and bombs but economic tools. It is worth asking whether we are actually in a truly new and different age, one of weaponized rather than pacifying networks. This concept was put forward by Henry Farrell and Abraham Newman in a 2019 paper, soon to be a book, Underground Empire. In it, the academics deal with the ways in which the network effect creates tools and also risks for public and private sector actors in the 21st century.

Russia’s invasion of Ukraine is already demonstrating how their theories play out. On one hand, “globalization has transformed the liberal order”, as the authors wrote. It has done this “by moving the action away from multilateral interstate negotiations and towards networks of private actors”. Think of Elon Musk bolstering the internet in Ukraine with his Starlink system, of Google and Meta cutting off Russian political advertisements and state media or the way in which scores of individual “hacktivists” around the world are helping Ukraine in the digital war.

On the other hand, as Farrell told me last week, “networks can also magnify state power” – look at how Europe and the US have used the Swift system and financial sanctions to cripple the Russian economy. That effort may in turn create its own network effect as countries realize that their foreign exchange holdings could become a kind of financial suicide bomb. The plunge in the ruble illustrates the might of western financial networks, but it may also quicken the shift to the post-dollar world that nations such as China want to create to combat that power.

The lesson I would take from all of this is not, sadly, that war is obsolete. Rather it is crucial to control key networks – be they payment systems, social media narratives, supply chains or gas pipelines – in order to have a hope of surviving in the age of armedized interdependence.

I’d also argue that the scale and speed of networks interconnected by technology is quickening the pace of armed conflicts when they happen, not replacing them. What has occurred in the past few days in Ukraine would have taken weeks or months in the past. The complexity of war has been increased by putting both public and private entities on the same battlefields. Companies, communities, currencies and countries are now all nodes on the network. They can co-operate, but they can also compete.

What does all this mean for today’s war? Less predictable outcomes for starters. Private networks might amplify state power, but they can also buck it when it suits them. Consider how Big Tech platforms have selectively suppressed Russian disinformation but not shut down their networks in Russia – as many lawmakers have asked them to.

The network effect could also be hard to get back into the bottle. Sanctions always take a long time to roll back, but it could be even tougher to reintegrate Russia into a highly networked global system once it has left.

Network complexity increases instability. As the financial fallout from Russian sanctions develops, we might see balance of payments issues leading to unexpected disruptions in surprising places. Think of all the counterparty risk pegged in petrodollars or eurodollars, and the disruptions taking place not just in commodity markets but in supply chains as well (some auto plants in Europe shut down last week because they could not get Ukrainian parts).

Unprecedented network connectivity between both the public and private sectors will also make for a long tail of risk and reward. The Chinese renminbi may benefit from some de-dollarization, for example. But Beijing’s plans to build a Eurasian rail network through Russia do not look quite so viable any more.

Many people have labeled the war in Ukraine a 20th century-style conflict. Far from it. While great power politics are certainly front and center, the theaters and tools of war have evolved. Globalized markets, in all their “efficiency”, were supposed to make conflict less likely or at least less effective. You could argue, given that Russia will probably end this war as a global pariah and possibly as a vassal state to China, that this is already happening.

But the whole idea that countries with a McDonald’s never go to war with one another stopped working around the time that Yugoslavia fell apart and NATO bombed Serbia. Certainly the spread of American fast food has not stopped relations between the west and either Russia or China from souring.

War in Ukraine, meanwhile, shows us that interconnectivity works many different ways. It can amplify power (as unified global sanctions have done). It can increase or decrease fragility (energy markets illustrate both). But vital interdependence will not lessen conflict. I fear war is simply part of human nature. The results of going into battle, however, may have become more unpredictable.