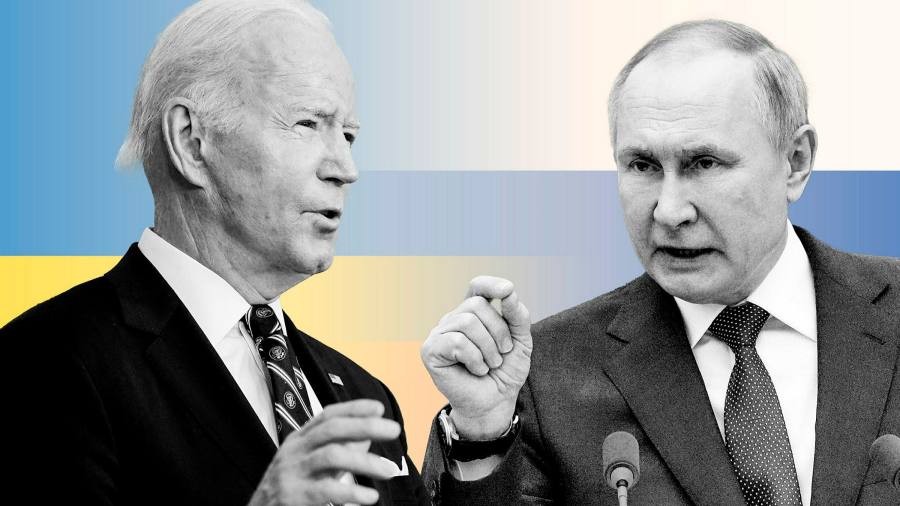 The Pentagon said Russia had fired 600 missiles since the start of the invasion, an increase from 500 as of Friday, suggesting an acceleration from the roughly 20 launches a day that were detected at the end of last week.

A senior US defense official said Russia had moved 95 per cent of its forces that had been pre-positioned for the invasion into Ukraine. He added that there had been only “limited changes on the ground” over the past 24 hours.

“Russian forces continued efforts to advance and isolate Kyiv, Kharkhiv and Chernihiv across the north and east are being met with strong Ukrainian resistance,” the official said, adding that the Russian convoy north of Kyiv remains stalled.

In southern Ukraine, the Pentagon continues to observe fighting near Kherson, a Black Sea city that Russian forces took last week, and Mykolaiv. US and western officials have been concerned that Russia was moving west along the Black Sea coast for a possible attack on Odesa, the critical port city. But the US defense official said: “We have not observed an amphibious invasion in or near Odesa, nor do we assess that one is imminent.

The US official said that Ukrainian air space remained contested, but that Ukraine’s air and missile defenses remained intact and in use, and that the Ukrainian military continued to fly aircraft. He said the US had seen videos on social media of Russian aircraft being shot down. He said the Pentagon could not independently verify that Russian had suffered the losses but equally was not in a position to refute them.

“Both sides have taken losses to both aircraft and missile defense inventories,” he said “We assess that both sides still possess a majority of their air defense systems and capabilities.”