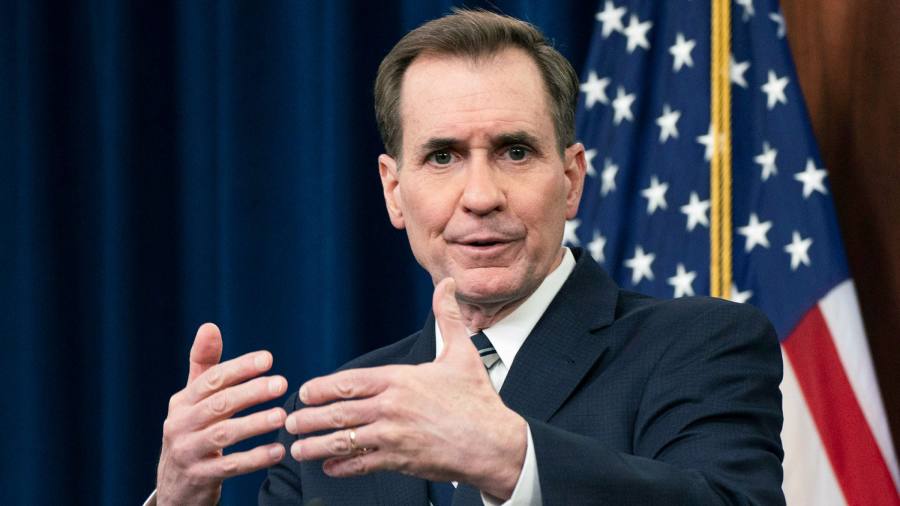 Washington has abandoned efforts to help supply Ukraine with Polish MiG-29 fighter jets after concluding that sending the aircraft to Kyiv could spark a dangerous escalation and draw NATO into direct conflict with Russia.

The US and Poland have held talks over a mechanism to send the Russian-made MiG fighters in Warsaw’s arsenal to Ukraine since the early days of the Russian invasion. But the Pentagon on Wednesday said it had concluded any transfer was unnecessary and risked triggering a broader conflict.

“The intelligence community has assessed the transfer of MiG-29s to Ukraine may be mistaken as escalatory and could result in significant Russian reaction that might increase the prospects of a military escalation with NATO,” said John Kirby, Pentagon spokesman.

The decision will be a significant disappointment to Volodymyr Zelensky, president of Ukraine, who made an impassioned plea for the jets in a call with almost 300 American lawmakers at the weekend.

After initially rejecting plans for a transfer, the White House reversed course after Zelensky’s request and US Secretary of State Antony Blinken on Sunday said there was a “green light” for countries to deliver MiGs to Ukraine.

But Kirby on Wednesday said the Pentagon had concluded the best way to help Kyiv was to continue providing defensive weapons that have proven effective in repelling Russian attacks. The US has been providing anti-tank Javelin missiles and anti-aircraft Stinger missiles, which have helped Ukraine’s forces stymie the Russian march on Kyiv.

“We along with other nations continue to send them these weapons and. . . they’re being used with great effect, ”Kirby said. “The slowed Russian advance in the north and a contested airspace over Ukraine is evidence. . . of that. ”

But the talks ran into trouble on Tuesday after Poland publicly offered to transfer the MiGs to US control at an American air base in Ramstein, Germany. US officials said they had not been told of the scheme in advance, and the Pentagon immediately cast doubts on the idea.

Kirby said Ukraine had several squadrons of fully-capable fighter jets, which meant that adding to its inventory was “not likely to significantly change the effectiveness of the Ukrainian air force, relative to Russian capabilities”.

Polish officials have remained concerned that a unilateral transfer of its fighter jets to Ukraine could expose their country to direct retaliation from Russia and proposed the scheme to use the US as an intermediary as a way to get broader NATO cover for the initiative.

Mateusz Morawiecki, prime minister of Poland, on Wednesday said he was opposed to supplying Ukraine with offensive weapons without unanimous support from the Atlantic alliance.

Poland is not a party to this war, nor is NATO. Such an important decision has to be made unanimously and unambiguously by the whole of NATO, ”Morawiecki said. “We are only supplying defensive weapons. That is why we did not agree to send the plans to Ukraine ourselves. ”

A senior Polish official said there was frustration in Warsaw over the US approach to the jet transfer, with Blinken’s public backing for Poland to supply planes to Ukraine coming without warning – and after the US had in private told Poland that it was against such a move .

“First it was exposing us to risks. Then there were public statements without consultation, ”the Polish official said. “It was a bit too much.”