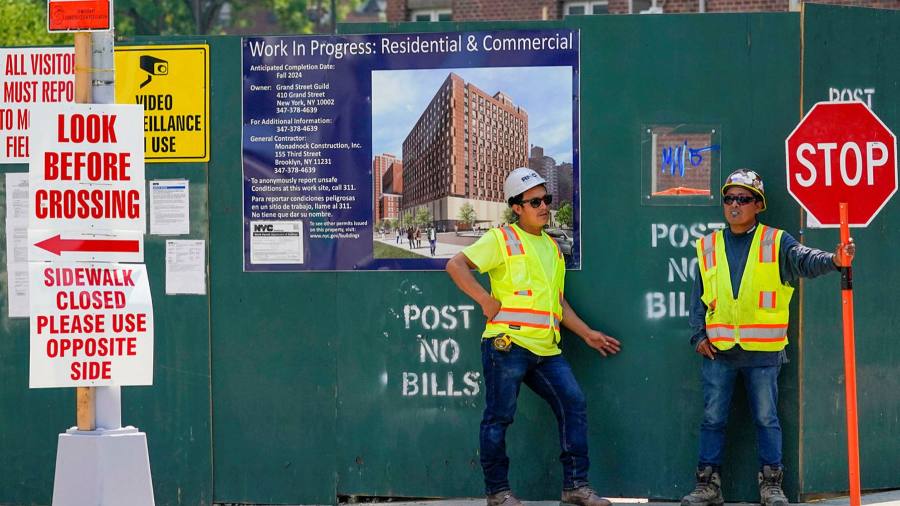 The US economy unexpectedly added 528,000 jobs last month and the unemployment rate returned to a half-century low, easing concerns of a recession as the labor market remained buoyant even in the face of high inflation, tighter monetary policy and reduced fiscal support.

The data showed an acceleration in the pace of job creation compared with June, when the economy added 398,000 jobs, and more than double the 250,000 jobs economists had expected.

The unemployment rate ticked down to 3.5 per cent from 3.6 per cent, matching its half-century low last reached just before the start of the Covid-19 pandemic in 2020.

The figures released on Friday mean the US labor market has recovered all of the jobs lost since the start of the pandemic began in February 2020 and will allay concerns of a downturn in the world’s largest economy just months before midterm elections that will determine control of Congress. They could also embolden the Federal Reserve to carry on with its rapid tightening of monetary policy to tame soaring prices.

In response to the report, Treasury yields jumped, while the S&P 500 was down 0.4 per cent in Friday lunchtime trading on Wall Street as market participants bet the Fed would act more aggressively to tame inflation.

The moves exacerbated the extent to which yields on two-year Treasuries exceed those on the 10-year note. This so-called inversion of the yield curve is typically regarded as an indicator of an impending economic contraction. Following the report, the spread was at its most inverted since August 2000.

In the futures market, traders began pricing in chances of a larger rate increase at the Fed’s meeting in September. Expectations are now that interest rates will stand above 3.6 per cent by the end of 2022, up from 3.4 per cent before the release of the report.

Pimco economist Tiffany Wilding said the new jobs data would prompt the Fed to increase rates 0.75 percentage points for the third consecutive meeting in September and also pull forward their expectations for additional tightening in 2023 into 2022.

“This is clearly a story of wage inflation broadening out across sectors, which is a concerning sign that inflation will remain sticky even if energy and food prices are dropping. All this is concerning Fed officials,” she said. 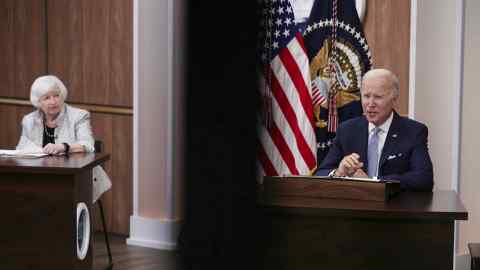 In a statement, President Joe Biden hailed the report as evidence that his economic policies were working, even though polls show most Americans disapprove of his handling of the economy.

“More people are working than at any point in American history. . . And, it’s the result of my economic plan to build the economy from the bottom up and middle out,” he said.

Gross domestic product data released last week showed the second consecutive quarterly contraction in output in the US, raising concerns of weakness in the economy. Economists at the National Bureau of Economic Research — the arbiters of what constitutes a recession in the US — have not said whether a recession is under way, but any big drop in job creation may exacerbate those concerns.

Senior Biden administration officials have dismissed worries that the US is in a recession, saying the economy remains in good shape and is simply in transition to a slower footing after the boom it experienced last year.

Jay Powell, Fed chair, has cautioned against reading too much into the GDP figures and said he still thought interest rates could rise further without triggering a painful slump. But he has warned the path to reaching that outcome was getting “narrower”.

On Thursday, the US labor department separately released data showing that the number of people applying for unemployment benefits last week reached 260,000, its highest level in more than six months, raising alarm bells about the direction of the jobs market.

“We’re not in a recession right now. Are the risks of recession going up? Yes,” Loretta Mester, president of the Cleveland Fed, said at an event in Pittsburgh on Thursday. She said she expected interest rates in the US would need to rise to “a bit above 4 [per cent]” to tame inflation.