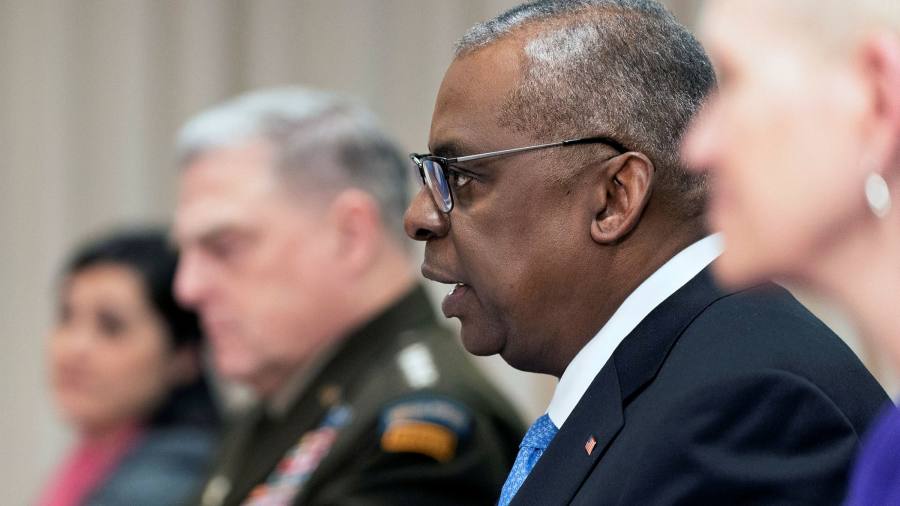 The Pentagon has postponed a scheduled intercontinental ballistic missile test, in an effort to reduce the chances that it would be “misconstrued” by Moscow just days after Russia’s President Vladimir Putin raised the alert level for his nuclear forces.

Lloyd Austin, the US defense secretary, ordered the delay of a long-planned test of a Minuteman III ICBM to demonstrate that the American military had “no intention in engaging in any actions that can be misunderstood or misconstrued”, John Kirby, Pentagon spokesperson , said on Wednesday.

“We did not take this decision lightly but instead demonstrated that we are a responsible nuclear power,” he added.

Earlier this week, the US accused Putin of taking a dangerous step when Russia’s leader responded to the imposition of western sanctions by raising the alert of Moscow’s nuclear forces.

While some experts said Putin was bluffing in an effort to regain some leverage as his military campaign in Ukraine was faring worse than Moscow had expected, others said the nuclear move was a dangerous development that the west should take very seriously.

Earlier on Wednesday, a senior US defense official said the Pentagon had not detected any change in Russia’s nuclear force posture, suggesting Putin had not followed up his order with any weapons movement in Russia.

Ahead of the ICBM test delay announcement, Antony Blinken, US secretary of state, said Putin’s move to raise the alert level for his nuclear forces was “provocative rhetoric” and “the height of irresponsibility”.

“Russia and the United States have long agreed that the actual use of nuclear weapons would be devastating and have devastating consequences for the entire world,” Blinken said.

“As we have stated many times, including earlier this year following the meeting of President Biden and President Putin in Geneva, both of our countries have stated that a nuclear war cannot be won and must never be fought.”

According to the Federation of American Scientists, Russia has just under 4,500 nuclear weapons, compared to the US, which has more than 3,700.


UK eyes seizing the property of oligarchs hit with sanctions