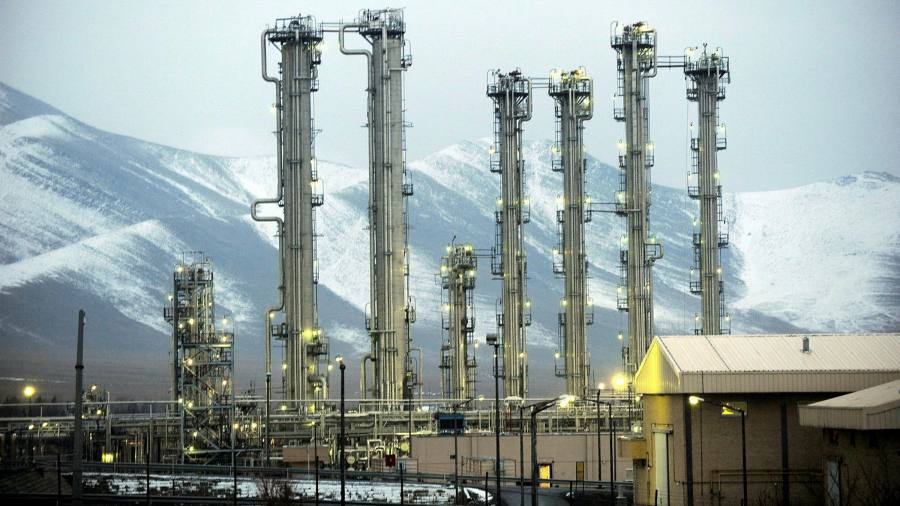 The United States has agreed to restore sanctions related to Iran’s nuclear activity, in what appeared to be a goodwill gesture ahead of crunchy negotiations to rescue the 2015 nuclear deal designed to prevent the development of nuclear weapons.

As a result of the agreement, Russian, Chinese and European companies could receive exemptions from the United States to engage in civilian nuclear activities.

The Biden administration’s decision to restore the exemptions comes as Western diplomats warn that the time is running out to save the Joint Comprehensive Action Plan (JCPOA) that Tehran signed with the world powers.

Former President Donald Trump – who withdrew the United States from the agreement in 2018 and reintroduced sanctions against the republic – revoked the exemptions in 2020.

Analysts in Iran and Western capitals see the move of exemptions as a confidence-building measure by the United States, which has been in indirect negotiations with Iran in Vienna since April to revive the deal.

Iran has called for more tangible steps, especially in terms of economic sanctions.

The sanction exemption will cover some nuclear projects, including the Arak heavy water reactor and the Tehran Research Reactor, and allow the export of Iran’s used and scrap of research reactor fuel.

Nournews, a news agency affiliated with Iran’s Supreme National Security Council, said US action was “worthless” because civilian nuclear projects did not face serious obstacles due to sanctions.

What the Biden administration did was “just a show to lessen the political pressure [exerted by other countries]”On the United States” which is responsible for slow progress in the negotiations by trying to maintain the structure of sanctions “.

Iranian diplomats and negotiators from Britain, France, Germany, Russia and China as well as the United States are expected to return to Vienna to resume negotiations after returning to their capitals for consultations last month.

Analysts say negotiations in January were more constructive than December, with progress on technical issues. But they say there has been some movement on Iran’s core demands, such as a US guarantee that no future president would withdraw from the deal and that economic sanctions will be lifted.

Iranian Foreign Minister Hossein Amirabdollahian did not refer directly to the restoration of the derogations, saying “what happens on paper is good but is not enough”.

He said the Islamic Republic had sent messages to Washington through intermediaries that lifting economic sanctions “in the true sense of the word” would show goodwill, and that Iran was seeking political, legal and economic guarantees from the Biden administration that no US administration would withdraw. from any agreement in the future.

Reuters, which, along with other U.S. media outlets, has seen the U.S. report, quoted it as saying: “The waiver in respect of these activities is designed to facilitate discussions that will help conclude an agreement on a reciprocal return to full implementation of JCPOA and lay the foundations for Iran’s return to meet its JCPOA obligations. “

“It is also designed to serve US non-proliferation and nuclear safety interests and to limit Iran’s nuclear activities. It is issued as a matter of political discretion with these objectives in mind and not under an obligation or as part of a consideration. “

Mikhail Ulyanov, Russia’s representative of the International Atomic Energy Agency in Vienna, said that “the US decision to restore ‘nuclear’ derogations is a step in the right direction”.

In a post on Twitter, he added that “It will help speed up the recovery of #JCPOA and the mutual return of #USA and #Iran to compliance with the 2015 agreement. It can also be seen as an indication that #ViennaTalks has entered the final phase. “

When negotiations stopped last month, European negotiators said January had been the most intense period of negotiations to date. “Everyone knows that we are reaching the final stage, which requires political decisions,” they said in a statement. “Dealers therefore return to the capitals to consult.”

A senior US official said this week that the Biden administration did not set “an artificial deadline” or issue an ultimatum, but said “we are in the last paragraph” and “we only have a handful of weeks left to get an appointment” given Iran’s nuclear progress.

The official added that the message to Iran was “that this is a significant opportunity, but that it is also urgent. And if we do not move with that urgency, that opportunity will soon disappear”.