US sends extra 2,000 troops to Europe to bolster Nato defences 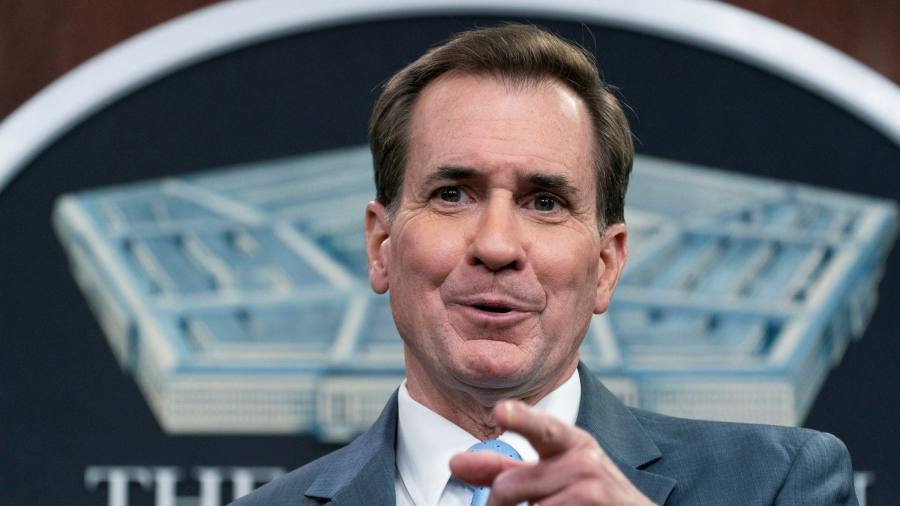 US President Joe Biden has ordered the deployment of an additional 2,000 troops to bolster NATO’s defenses in Europe, strengthening the alliance’s response to a possible Russian invasion of Ukraine.

John Kirby, the Pentagon’s spokesperson, announced the move during a briefing with reporters on Wednesday. In addition to sending about 2,000 troops from Fort Bragg, North Carolina, to Poland and Germany, the US said it would redeploy roughly 1,000 troops from Germany to Romania.

President Biden has been clear that the United States will respond to the growing threat to Europe’s security and stability. Our commitment to NATO Article 5 and collective defense remains ironclad, ”Kirby said, referring to the alliance’s mutual assistance principle.

“These are not permanent moves,” he said, adding that they were “designed to respond to the current security environment.” Moreover, these forces are not going to fight in Ukraine. ”

As the Russian military build-up along Ukraine’s border intensified in recent weeks, Biden put 8,500 troops on standby for deployment to the eastern flank of NATO, and had been discussing details of a possible move with US allies.

Alexander Grushko, Russia’s deputy foreign minister, described the extra US troops as “destructive steps that are unjustified by anyone”. “They increase military tension and narrow the room for political decisions,” he told Interfax on Wednesday.

Even as diplomatic avenues have remained open, US officials have warned that Russia has continued to increase its own military preparations, including additional movement of troops along Ukraine’s border in Belarus and naval activity in the Mediterranean. Moscow has deployed more than 100,000 troops and heavy weaponry along Ukraine’s borders, according to western intelligence.

“There may soon be additional posture decisions to announce, including movements that are part of ongoing military exercises. This is not the sum total of the deterrence actions we will take, ”Kirby said.

The deployment of US troops – in addition to the 8,500 on standby – comes as de-escalation talks continue between Antony Blinken, US secretary of state, and Sergei Lavrov, Russian foreign minister.

The US has offered to provide assurances to Russia over its Europe-based missile defense system, and promised to refrain from deploying troops to Ukraine, according to a document disclosed by El País, whose authenticity was confirmed by the Biden administration.

These written proposals, sent to the Kremlin last week, include a “transparency mechanism” to convince Russia that its Aegis Ashore missile defense systems, based in Romania and Poland, are not equipped with Tomahawk cruise missiles.

President Vladimir Putin has expressed concerns that the Aegis launchers could be used to attack Russia or shoot down its intercontinental ballistic missiles rather than those fired by Iran or other rogue states, as Washington maintains.

The US said it was prepared to discuss transparency on its Aegis batteries if Poland and Romania agreed and “as long as Russia offers reciprocal transparency measures on two ground-launched missile bases of our own choosing in Russia”.

It added that it was willing to discuss transparency measures and “reciprocal commitments” by the US and Russia to “refrain from deploying offensive ground-launched missile systems and permanent forces with a combat mission” on Ukrainian territory.

Washington’s proposals were formulated as a response to Russian security demands, issued in December. “We did not make this document public, but now that it is, it confirms to the entire world what we have always been saying,” said Kirby. “There is no daylight between our public statements and our private discussions.”

Kyiv said it would welcome a reciprocal commitment by the US and Russia to refrain from stationing missiles or troops in Ukraine.

“I would like to note that, while the US has neither missiles in Ukraine nor their combat units in Ukraine, Russia has both,” said Dmytro Kuleba, Ukraine’s foreign minister. “And if this proposal is accepted on a reciprocal basis, that will imply that Russia has to withdraw. So no, we have no objections to the idea of ​​Russia withdrawing its forces, its personnel and weapons from the territory of Ukraine. ”

The US and NATO have rejected Russia’s demands for a ban on further enlargement and for a withdrawal of NATO forces from the alliance’s former communist bloc members. Nato says the contingents sent to the Baltic states and Poland following Russia’s annexation of Crimea in 2014 are small and temporary and so in keeping with its commitments to Moscow.

In a call with Putin on Wednesday, UK Prime Minister Boris Johnson reiterated that “all European democracies have a right to aspire to NATO membership” and that NATO was a defensive alliance, according to a UK official. Putin noted “NATO’s unwillingness to respond adequately to Russia’s legitimate concerns”, according to the Kremlin.

Additional reporting by Guy Chazan in Berlin, Polina Ivanova in Moscow, Roman Olearchyk in Kyiv and Laura Hughes in London