US streaming giants feel squeeze of regulation in Europe 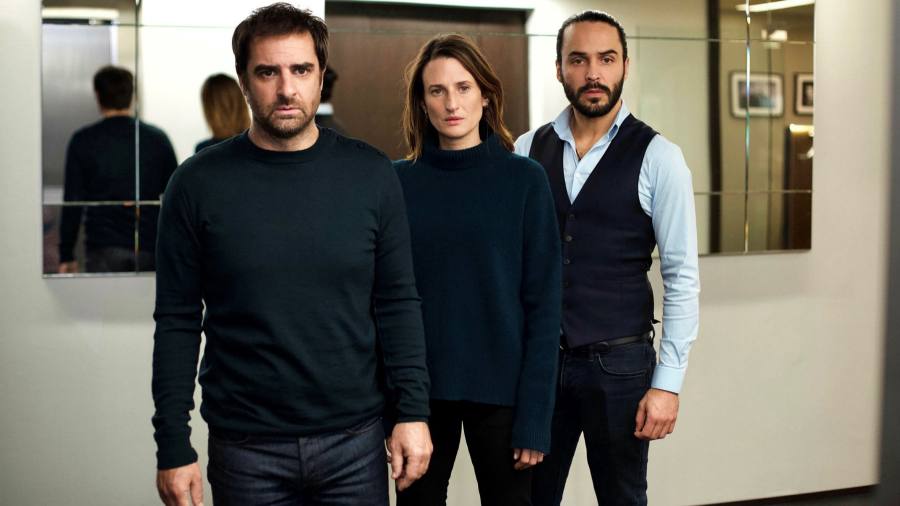 Call My Agentor Dix per cent, is a breakout Netflix hit that has generated spin-offs at dizzying speed. Its original Parisian blend of tantrum-prone talent and wheeler dealing reps has been remade in 10 different locations, from Bollywood to Istanbul.

But one thing stands out about the Call My Agent franchise in the age of streaming. Netflix brought it to prominence with an audience of 220mn subscribers, but – ultimately thanks to French law – it was the show’s independent producers who reaped the rewards from its spin-offs.

“In terms of rights, Dix per cent is a good example of the old world and the new one because at the time no one knew it would become such a global phenomenon, ”said Pierre-Antoine Capton, chief executive of Mediawan, the KKR-backed independent producer that owns the show.

For Netflix, Disney and Amazon, it is potentially a worrying sign of things to come in Europe, where a regulatory squeeze is starting to cramp the operating freedom of global streaming platforms in one of their most important markets.

Just as spending is booming, production costs are rising and subscription growth is flagging, streamers are grappling with another European problem – state-set investment targets and awkward quotas. Such is the challenge that Reed Hastings, Netflix’s founder, notably visited Brussels in January to meet EU commissioners.

Call My Agent offers a glimpse at how old rules are re-emerging for a new streaming economy. The series was first commissioned and financed by France 2 television in 2015, under a regime where producer rights for traditional television were protected by law.

This meant ownership of the brand eventually returned to its producers – in contrast to most Netflix originals such as Squid Game or Sex Education. So while some Call My Agent remakes are on Netflix, its producers had the power to sell other versions to rival services and broadcasters: Disney in Indonesia, Amazon in the UK and HBO in the Philippines.

After years of heavy lobbying from producers, France last year effectively extended the Call My Agent model from traditional television to global streaming services, bolstering local producers who want to retain rights to their work. Other key EU governments are looking on with interest.

The regimes, along with mandatory “investment bonds” and levies, represent a new era for Netflix, Disney, Amazon and Warner Media – services whose soaring global ambitions are being hemmed in by national politicians telling them where to invest and who might share in the upside.

“The producers we work with in Spain, Italy, Germany and elsewhere in Europe look at the French system with envy and say they wish there was something similar in their own markets,” said Capton, who has built Mediawan into one of the biggest independent producers in Europe. “France is a model in the world of TV and cinema production. The power dynamic with the US studios has shifted. ”

Using powers under an EU directive adopted in 2018, France has required big global platforms to invest at least 20 per cent of their French turnover in European productions. As a result Netflix, Amazon and Disney have in total committed to invest at least € 250mn in France every year from 2022, regardless of the quality of projects available.

Furthermore, 85 per cent of those productions must be French language – and most must be “independent” works where producers retain rights.

Such national flexibility in the EU framework opens the door to 27 separate investment regimes emerging, alongside other potential restrictions on rights. That is a far cry from the old model, which essentially allowed Netflix to base itself in the Netherlands, comply with its national rules and market its service across the union.

While Spain has been more cautious, Italy has followed France with a more proscriptive approach; it is looking to apply an “investment obligation” of up to 20 per cent of turnover with independent projects. In Germany, a vital market for streamers, producers are pressing the coalition government to take similar action.

“This is a turning point,” said Juliette Théry, an official from France’s broadcast regulator Arcom. “Involving the streaming platforms in the system for financing cinema and audiovisual works has taken a long time, and it is coming to life now.”

Netflix spent € 4bn on European films and shows between 2018-2021, and it still licenses much of the content: three-quarters of the European titles added to its catalog during this period were not Netflix-owned originals.

“We’ve evolved a lot over the years as there’s no one size fits all approach and we want to be flexible in meeting the needs of the producers and the projects,” said Larry Tanz, a Netflix vice president who oversees local language series in Europe.

But that freedom to choose when to retain rights on a project, or how much to invest in a country, remains prized by streamers, and increasingly under threat.

Jan Koeppen, president of Disney in Europe, the Middle East and Africa, said the group was “pushing more investment into local European production than ever before”.

“There has never been a better time to be a content creator in this region, but a free market is essential in order to ensure that investment goes to the best projects, at the right time, wherever they may be in Europe.”

Laura Sboarina of Cullen International, a regulatory research group, said the directive’s application had “indeed ended an era where global streamers could freely decide when, where and how much to spend on productions across the EU”.

It comes as a production boom drives up costs and creates real problems finding crews and directors: shows commissioned by global streamers in Europe rose 57 per cent last year, according to Ampere Analysis.

Given these existing pressures, one executive compared the extra investment bonds with “filling the punchbowl when everyone is already falling over drunk”.

Some executives also fear Europe could fall into a regulatory arms race as investment flows are distorted. Smaller countries are particularly vulnerable to money being diverted to tougher regimes such as France.

Speaking on behalf of the European video-on-demand coalition – whose members include Netflix and Discovery – Julia Maxwell, who oversees regulatory issues for the Nordic Entertainment Group, noted investment obligations “could become a barrier to entry” for companies wanting to offer cross -border services.

“They risk shifting the focus away from producing high-quality European content that consumers want, and could ultimately lead to less diversity, less innovation and less availability of quality content,” she said.

While most streamers are already spending enough to meet investment obligations relatively easily, François Godard of Enders Analysis warned that may change.

“At some point in the future, where they are in a position they need to cut a bit and fall back on a more sustainable model, it becomes a burden,” he said. “The regulation has thrown sand in the engine.”

One longer term worry for US entertainment groups is the risks of the regulatory regime tightening over time, either at national level or when the EU audiovisual directive is next updated.

France is leading calls for the European Commission to revise the definition of “European works”, particularly in light of Brexit and Britain’s outsized role as a production hub.

EU law requires streaming services to carry at least 30 per cent European content, but eligibility is still based on a convention that includes non-EU states such as the UK, Turkey and Switzerland.

Moving to a more narrow EU definition would have dramatic effects given the UK’s importance for Disney and Netflix. But EU diplomats said the politics of excluding just the UK, or rewriting commitments included in other EU trade agreements, could make it hard to change easily.

For now the European Commission is studying the issues. Thierry Breton, the EU internal market commissioner, told the FT the UK issue was “well on my radar” and that an analysis of “our resilience” would be published this year. “We will make a decision on this basis.”

Covid vaccines: the race for a single shot to prevent new pandemics