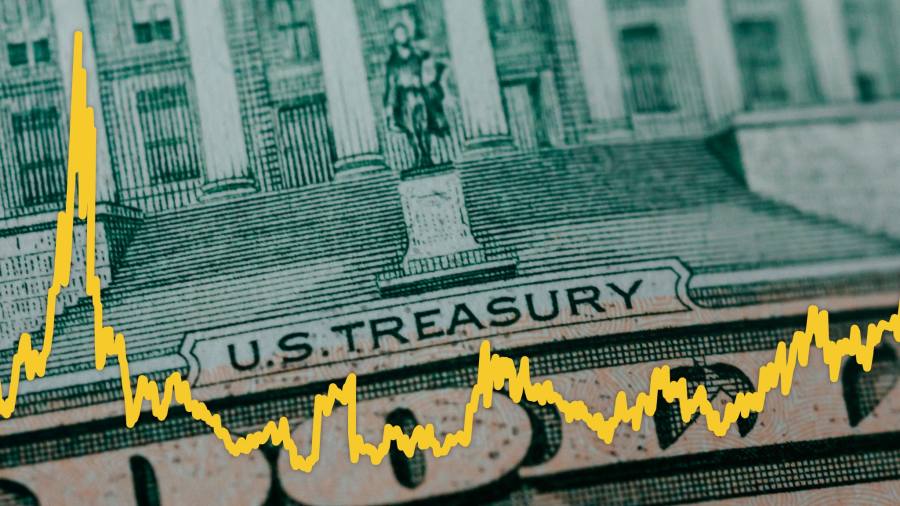 US government debt has been hit with the most serious bout of volatility since the pandemic-fueled ructions of early 2020, making it more difficult for investors to transact in the world’s most important bond market.

An Ice Data Services index tracking volatility in Treasuries hit its highest point this week in almost two years, as investors worried about tensions on the Russia-Ukraine border as well as signs of persistently high inflation and the prospect of the US Federal Reserve moving rapidly tight monetary policy.

“Every morsel of commentary from a Fed speaker or piece of data does have a fairly outsized impact,” said Michael de Pass, head of Treasury trading at Citadel Securities, one of the biggest US market makers.

Intensifying tumult in Treasuries has in turn made it more challenging – and more expensive – to trade in the $ 22tn market. The Treasury market is the deepest in the world and its liquidity, or the ease of buying and selling Treasuries, underpins virtually all other financial transactions.

Treasury market liquidity this week hit its weakest level since December, according to the Bloomberg US government debt liquidity index.

Liquidity in two-year Treasuries, as tracked by Goldman Sachs, fell 44 percent below its 21-day average as trading volumes surged. Shorter-term debt has sold off sharply in recent weeks as traders bet the Fed will deliver six or seven quarter-point rate increases this year in its attempt to slow inflation.

De Pass said “liquidity, as a result of that heightened volatility, has been significantly impaired at times”, pointing at the outsize reaction last week to St Louis Fed president James Bullard’s comments about the possibility of a supersized 0.5 percent point rate rise in March .

Liquidity glitches have happened with more frequency in the Treasury market in recent years. Primary dealers, the 24 banks that have historically been responsible for ensuring liquidity in Treasuries, have pulled back from that role since the 2008 financial crisis.

Some of that market-making is now implemented by hedge funds and high-frequency traders. But problems have emerged, as was the case in March 2020 when liquidity evaporated in Treasuries, leading to a collapse in prices across financial markets.

In a sign of the pick up in volatility this year, US government bond yields, which move inversely to their prices, hit multiyear highs last Thursday, following the release of data showing that consumer prices rose in January at their fastest annual pace since 1982.

The two-year Treasury yield, which closely tracks interest rate expectations, rose to a peak of 1.64 per cent, marking the biggest single day rise since 2009, as traders bet the Fed would tighten monetary policy more aggressively to dampen inflation.

The benchmark 10-year Treasury yield also rose, albeit at a slower pace than its shorter-dated counterpart, breaking through the 2 per cent level for the first time since August 2019.

But last Friday, the Treasury market reversed a sizeable proportion of the prior session’s moves, as the US warned of an immediate threat that Russia would invade Ukraine.

Investors flocked to the safety of assets typically viewed as havens during periods of geopolitical uncertainty, including US sovereign debt, sending Treasury yields lower.

Yields have since swung as traders respond both to developments on the Ukraine border and to shifting expectations of how fast and how aggressively the Fed will raise borrowing costs and shut down its coronavirus-induced bond-buying program to contain surging consumer prices.

Current volatility levels may hinder the Fed’s ability to begin unwinding some of its pandemic-era stimulus measures, including how quickly it can begin reducing the size of its nearly $ 9tn balance sheet, Columbia Threadneedle rates strategist Edward Al-Hussainy said.

“If the Fed sells Treasuries into this market, we will likely see a significant dislocation. It will be an unforced error. I do not think they will make it, ”he added.