Waterstones poised to snap up Blackwell’s as book sales soar 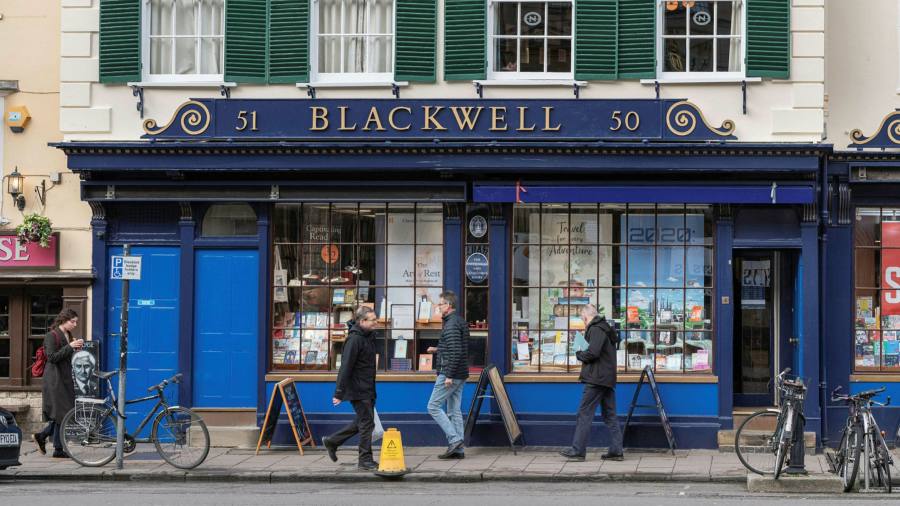 Waterstones, the UK’s largest bookseller, is close to buying its smaller rival Blackwell’s, expanding its dominance in the British book sector as sales experience a revival.

Blackwell’s, the UK’s biggest independent bookseller, has 18 stores including the flagship 25,000 sq ft shop on Oxford’s Broad Street, which opened in 1879 and has served university students with an extensive academic range.

The companies expect to reach a deal in the “low, single-digit millions” within days, according to one person close to the discussions.

Blackwell’s will continue to operate as its own brand, in the same way Foyles has since it was acquired by Waterstones in 2018.

In 2021, UK book sales reached their highest point in a decade, according to data from Nielsen’s, with 212mn print copies sold despite the closure of stores during Covid lockdowns. However, the book industry struggled with supply challenges amid high demand over the Christmas period.

Waterstones, which has been owned by American hedge fund Elliott Advisors since 2018, has 291 shops in the UK, Ireland, Amsterdam and Brussels.

Blackwell’s has made repeated losses in recent years, according to accounts published on the Companies House website, and had net liabilities of £ 3.8mn in the year to January 2021.

It closed five of its university campus branches in June 2020, in the wake of the first lockdown. This month, the company issued a statement saying it was seeking a new owner, after attempts at a refinancing and a move towards employee ownership failed during 2021.

Julian Blackwell, owner and president, said at that time: “I would have loved to have handed over the company to its staff but I also accept that in order to grow and remain competitive, it is time for new ownership, ideas and investment. ”

Elliott acquired US books retailer Barnes & Noble in 2019 for $ 683mn. Barnes was run by former banker James Daunt, who founded Daunt Books in 1990 and took over as managing director of Waterstones in 2011.

Waterstones made £ 376mn in sales in the year to April 2020, the most recent period for which accounts are available, a drop from £ 392.8mn the previous year as it began to be affected by the pandemic.

Waterstones did not immediately respond to a request for comment about the deal. Elliott Advisors declined to comment.

David Prescott, chief executive of Blackwell’s, said the company was still in exclusive talks with a prospective buyer and not in a position to comment further.


IT failure forces BA to halt short-haul flights from Heathrow