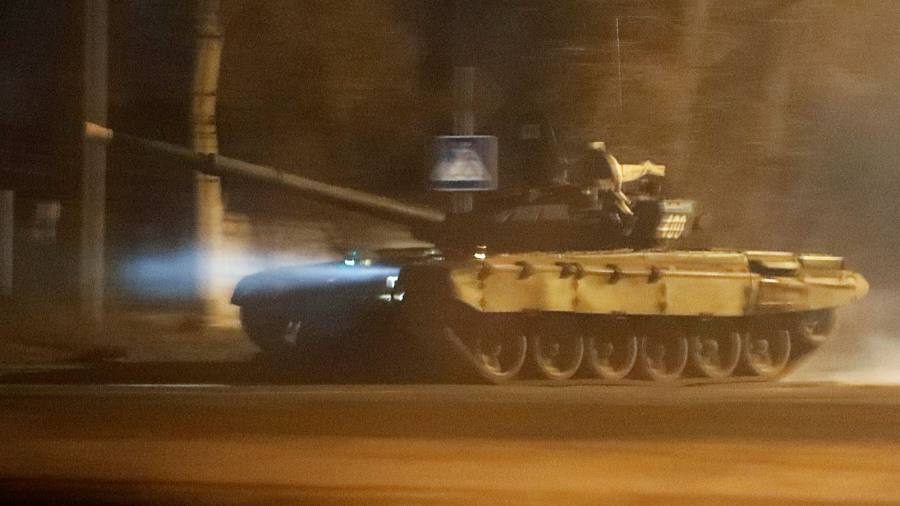 The EU and UK are preparing a “first barrage” of sanctions against Russia after Vladimir Putin ordered Russian forces into eastern Ukraine and formally recognized two rebel-held regions in the country.

The Russian president’s move, which was widely condemned in the west, has raised fears of a conflict in Ukraine and came after leaders including French president Emmanuel Macron and German chancellor Olaf Scholz failed to secure a diplomatic solution to the crisis.

Putin ordered troops to enter eastern Ukraine on Monday night for “peacekeeping operations” after recognizing two separatist regions of Donetsk and Luhansk. The action was swiftly condemned in the US and Europe, with Antony Blinken, the US secretary of state, describing it as a “clear attack” on Ukraine’s sovereignty.

Boris Johnson, UK prime minister, said the “first barrage of UK economic sanctions” would be announced on Tuesday, warning that Putin was bent on a “full-scale invasion of Ukraine”.

Johnson said an immediate package of economic sanctions would be targeted “in Russia itself” and would hit the “economic interests that have been supporting Russia’s war machine”.

After hosting a meeting of the government’s emergency Cobra committee in Downing Street, Johnson said the sanctions would “hit Russia very hard and there is a lot more that we are going to do in the event of an invasion. Be in no doubt that if Russian companies are prevented from raising capital on the UK financial markets, if we unpeel the facade of Russian ownership of companies, of property, it will start to hurt. ”

Details will be set out in the House of Commons later on Tuesday, he added.

Josep Borrell, the EU’s top diplomat, said member states were planning to agree on the penalties “this afternoon”.

Borrell did not give details, but going into Tuesday’s meeting of ambassadors, officials were expecting a relatively narrowly targeted set of penalties aimed at those involved in actions in Donetsk and Luhansk, rather than the broader package of measures hitting Russian companies and economic sectors, as well as individuals, that they have been planning for months.

The EU high representative said the texts of the sanctions were being prepared on Tuesday morning and would be agreed upon by member states later in the afternoon. “I’m sure there will be a unanimous decision,” Borrell said.

On Monday night the Biden administration said it would soon issue an executive order that would ban new investment, trade and financing by US people and entities in the Luhansk and Donetsk regions.