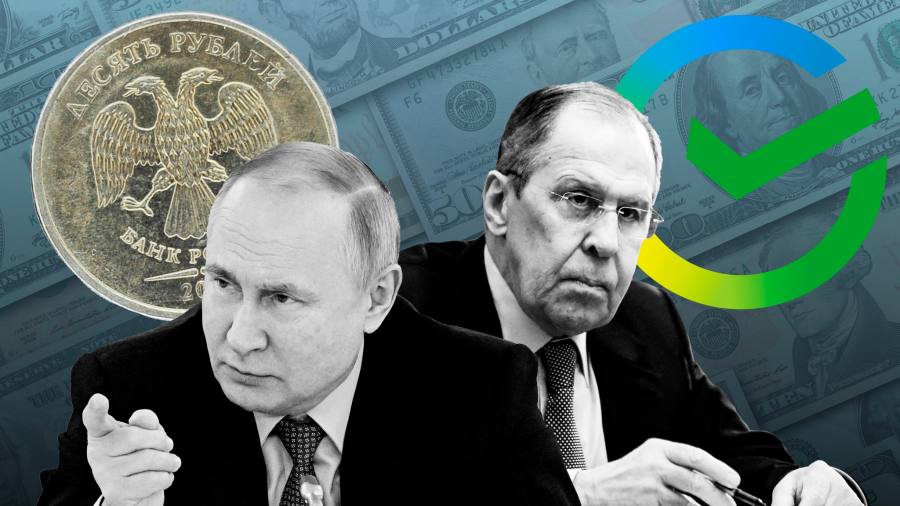 Western nations this week unveiled a barrage of sanctions to combat Russian military aggression, but the list is far from comprehensive and there is little certainty they will put pressure on Vladimir Putin’s government.

Economists are confident the measures will hurt Russia far more than the EU, UK or US, but few think they will help bring a swift end to the Russian campaign, warning that the measures could take months or years to damage the country’s economy. Even then, the impact may not shape the Kremlin’s thinking on Ukraine.

Jason Hungerford, a partner specializing in sanctions at law firm Mayer Brown, said that while sanctions could have an effect in changing behavior, “this will be a very long game.”

The sanctions imposed by Brussels, the UK and the US over the past two days have hit Russia’s oligarchs as well as banks, high-tech companies and aircraft makers. But the energy sector and the Swift payments alliance have so far been exempt from the new measures.

The EU said on Friday that it was preparing to freeze the assets of President Putin and his foreign minister Sergei Lavrov, with additional measures against Russian banks and industry.

Though Russians businesses admit the measures will take a toll on their operations, Putin has shrugged off the threat of sanctions, which he has said the west would have used against Moscow in any case as part of what he claims is a campaign to contain it.

“We were preparing in some form for what is happening now from the point of view of restrictions and the sanctions policy,” he told a group of oligarchs on Thursday.

Imposing the latest round of US sanctions, which included cutting off the state-owned lender Sberbank, Russia’s largest bank, from the US financial system, US Treasury secretary Janet Yellen said her aim was to impair the Kremlin’s ability “to use the Russian economy and financial system to further their malignant activity ”.

In Brussels, Paolo Gentiloni, the EU economics commissioner, accepted Europeans would “pay a price” for imposing sanctions in the form of reduced exports, reprisals and rising energy costs.

But Europe’s problem in imposing economic pain on Russia is that the price it is willing to pay is not unlimited. With the bloc dependent on Russia for 40 per cent of its gas consumption, energy is off the sanctions list.

There is also the fear that China, Russia’s second-largest trading partner, might provide financial support, offsetting the impact of sanctions. President Xi Jinping merely urged “balanced negotiations” to resolve the crisis on Friday, and Chinese officials refused to term Russia’s onslaught as a military invasion.

Sberbank was the most significant target: by far Russia’s largest lender, it has about half of all Russian retail deposits. But its crucial role in the Russian economy appears to have warned western countries off cutting it out of the financial system entirely.

The sanctions have so far stopped short of kicking Russia out of Swift, partly because it would impede the ability of European nations to buy Russian gas. Although global leaders and finance ministers have been divided on the issue, they say it is still a possibility. French finance minister Bruno Le Maire on Friday warned that cutting Russia out of Swift was “the financial nuclear weapon”.

But senior bankers in Moscow told the Financial Times the new sanctions would still cause Russia significant pain.

“The baseline is, they closed all our dollar accounts, and 65 percent of international trade is in those. So they [Sberbank] can not service any import-export whatsoever, ”said a former senior Sberbank executive.

“How do you give dollar deposits? You have to take cash out, and the bank does not have it. And your open foreign exchange position requirements are balanced out through dollar transactions. I do not know what you do with that, but the fact is they just do not have them. ” Sberbank, however, could still work with other US companies in areas such as information technology, another senior Russian banker said, whereas the other sanctioned banks, such as VTB and Otkritie, were barred from any contact with US persons. “Now anything and everything is banned. That’s a big difference, ”the banker said.

Clay Lowery, executive vice-president of the Institute of International Finance, which represents the world’s largest banks, said that by limiting Russia’s ability to transact in foreign currencies, “average Russians will feel the cost” and predicted Russia would have to raise interest rates in response.

Yet most economists do not expect a sudden collapse in the Russian economy, even if Russia’s output is now expected by many economists to contract over the year ahead.

Capital Economics expected the financial sanctions to reduce Russian gross domestic product by 1 per cent and force the central bank to raise interest rates from 9.5 per cent to at least 12 per cent, squeezing Russian borrowers and companies. Although Russia was “in a much stronger position than in 2014, the sanctions could still cause real damage”, it said,

Modeling of trade flows by the Kiel Institute for the World Economy, based in Germany, showed that any tit-for-tat set of trade embargoes “would hit Russia much harder than the western allies” and said this suggested threats to cut off Europe from Russian gas were “not very credible”.

In addition, financial sanctions would “weaken [the Russian economy] further over time ”, said Holger Schmieding, chief economist of Berenberg bank. “Even Russia’s ample foreign exchange reserves of some $ 630bn are no substitute for dynamic trend growth,” he added.