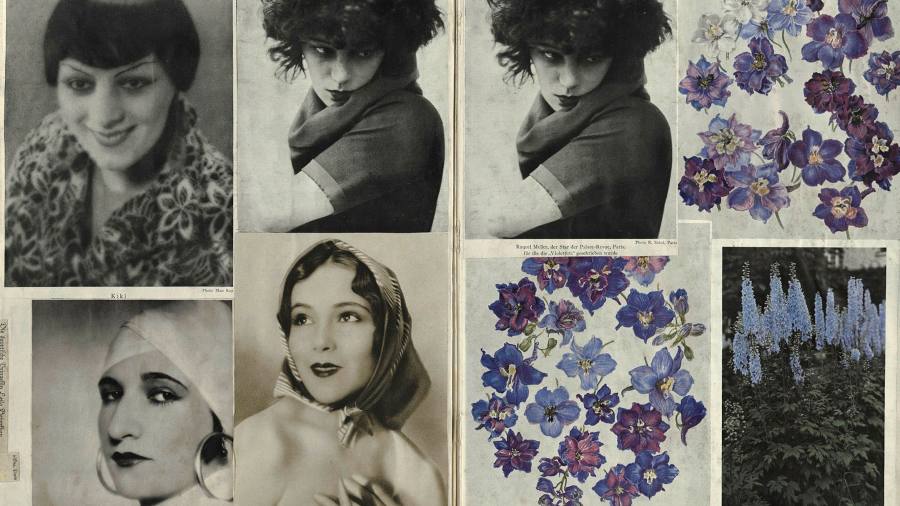 A Trillion Sunsets, a disorienting, exhilarating, often delightful exhibition at the International Center of Photography in New York, opens with an image of image overload: a boy sprawled out amid hills and vales of glossy snapshots. In 2011, Erik Kessels printed out one entire day’s worth of Flickr uploads, 350,000 photographs in all, and mounted them in an Amsterdam gallery. The project would have been inconceivably faster had it also mined the rest of the social media universe. Kessel celebrates – or mourns? – the unabsorbable flood of colors, shapes, pets, faces, foods and landscapes that form our mediated visual experience.

Anxiety about this photo-cornucopia feels distinctly contemporary, but curator David Campany reminds us that it has been with us for generations. With the advent of the Kodak Brownie in 1900, the masses gained the magical power to freeze time. Within a couple of decades, publications were crammed with news, fashion, advertising and celebrity photos, and commentators wondered whether civilization could survive the flood. This show summons 100 years’ worth of keen-eyed artists who have clipped magazines and scoured the internet looking for subliminal echoes and witty juxtapositions, finding meanings that lurk in patterns. This is not a show about the decisive moment, but about the revelatory repetition.

Among those who thrived on this muchness was the Berlin Dadaist, collagist and connoisseur of the grotesque Hannah Höch, best known for the barbarous bodies she built out of found imagery and finished with a glaze of bitter wit. Here, we see her private scrapbooks, in which she collected photos that struck her, organizing them according to her idiosyncratic rules.

On one page from 1933, she leads the eye clockwise from a team of wrestlers standing like a mountain range to a similarly geological-looking group of figures entirely swathed in burkas. We move on to a dozen women in bathing suits stretched out in a circle on the beach to form a human clock face. Flesh and veil, exhibitionism and reticence, timelessness and ticking seconds – these themes flicker across the page, linking images in a set of loose associations.

Strands of sense, even argument, start to emerge. Her eye was drawn to photos of bodies lying, dancing or swimming in fabulous collective geometries. She finds a resemblance between those formal assemblages of naked limbs and the structures of seed and root, but also an aerial view of Manhattan, with its tendril-like streets and modular blocks. Höch perceived a phenomenon that mathematicians later codified: complex patterns repeat at every scale, from the microscopic to the galactic – and humans are primed to see them. “I would like to show the world today as an ant sees it and tomorrow as the moon sees it,” she said.

Höch endowed these ant- and moon-eye views with a very human political cast. Troupes of identically clad dancers keep cropping up in her collection, a leitmotif that her fellow Berlin leftie, the critic Siegfried Kracauer, picked up on, too. Dancing girls, he wrote, were cogs in the gearworks of capitalism. “When they formed an undulating snake, they radiantly illustrated the virtues of the conveyor belt; when they tapped their feet at a fast pace, it sounded like business, business, ”he wrote in 1931.

Political subtexts run through A Trillion Sunsets, sometimes in disguise, sometimes only quasi-intentional. In 1936, Walker Evans walked past a photographer’s studio in Savannah, Georgia, and noticed a grid of tiny portraits in the shop window. It’s not clear what Evans saw in the display: a humanistic portrait of Depression-era America, a celebration of democracy, a wry comment on conformity or maybe all of the above. But, whether he meant it this way or not, it’s also a record of how the Jim Crow south classified respectable society: clean-shaven white men with white shirt collars, put-together white women with white shawl collars, nice white children with sailor collars.

Evan’s work, called “Penny Picture Display, Savannah”, may well have been rattling around Robert Frank’s mind in 1958 when he took his own photograph of photographs at Hubert’s Dime Museum and Flea Circus on Times Square. Evans had been intrigued by a rigid matrix of sameness; Frank reacted to a more slapdash arrangement of people who made a living putting themselves on display, including the fire eater Leona Young, the armless guitarist Joan Whisnant and Alzoria “Turtle Girl” Green. Photo historians will pick out the portrait of Hezekiah Trambles (a black man who grimaced and grunted his way through his act as the “Jungle Creep”) taken by Diane Arbus, another Hubert’s habituée.

Arbus grasped the kinship between these marginal folks and the kind of shiny conformists that Evans noticed. “Most people go through life dreading they’ll have a traumatic experience. Freaks were born with their trauma, ”she said. “They’ve already passed their test in life. They’re aristocrats. ” Within a few years, individualism and eccentricity ruled the zeitgeist. It’s both fitting and ironic that Frank’s photo appeared on the cover of the Rolling Stones’ 1972 album Exile on Main Streetbecause by then rock ‘n’ roll was selling nonconformity to the masses.

The exhibition’s most exciting find is a selection of pages from the British magazine Lilliput. Founded in 1937 by the German refugee Stefan Lorant, Lilliput published playful pairings of photos that seemed to express something weirdly profound, if cryptic. A periwigged judge pouts across from an elaborately coiffed poodle, and it’s hard to say which one makes the other look more ridiculous. In another spread, a flock of uniformed schoolgirls is performing synchronized push-ups; on the opposite page, a mirroring flotilla of geese looks on encouragingly.

There’s a Kracauer-esque critique lurking in there somewhere: humans tend to think of themselves as irreproducible individuals, with private cravings and secret dreams, yet we willingly fall into the same anonymous formations as electrons, starlings and clouds. Maybe that’s the exhibition’s underlying credo: the world’s photographic glut is really a record of patterned behavior and it’s all just data for corporations to monetise. Whatever you’ve thought, done or seen has already been thought, done or seen a billion times before, and will be a trillion times more.

To May 2, International Center of Photography, New York, icp.org