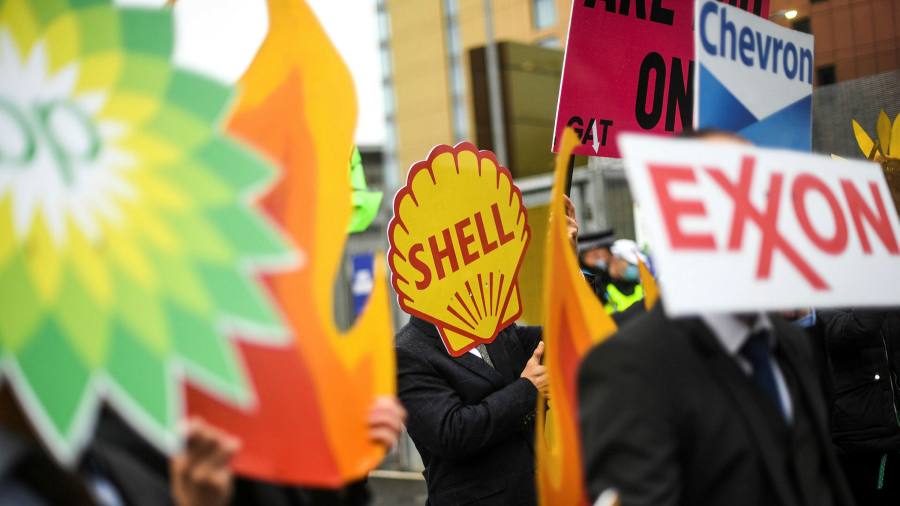 While UK climate negotiators were meeting with ministers around the world at the beginning of last week about enacting the green promises in the COP26 Glasgow pact, Britain’s leaders were defending domestic oil and gas developments and rejecting calls for a windfall tax.

The gas crisis and international energy price spikes have increased pressure on the UK COP team led by Alok Sharma, which must hammer out the green deals and rally support for this November’s COP27 UN climate summit in Sharm el-Skeikh with host nation Egypt.

Asked recently about high gas prices and the net zero agenda, Sharma said: “I do not believe the two are connected.” To ensure energy security and reduce greenhouse gases, countries must “continue to build out renewables,” he said.

At the same time, UK Energy Minister Greg Hands has defended new North Sea oil and gas field projects, while Prime Minister Boris Johnson rebuffed a windfall tax on bumper oil company profits. It would “clobber the oil and gas companies right now with a tax that would deter investment in gas just when this country needs gas as we transition to green fuel,” said Johnson.

The UK retains the COP presidency until November’s formal handover to Egypt, which has appointed foreign minister and career diplomat Sameh Shoukry as COP27 president.

But the work program will be tough. The energy crisis was “squeezing the political space for countries to focus on their climate change policy,” said Alex Scott, from independent climate think-tank E3G.

Internationally, Sharma’s team must urge countries to raise their climate ambitions. As a UK cabinet minister, he has a tough task in getting colleagues to “walk the talk”, said Scott. “At the moment, we’re not seeing the domestic policy plans coming out of the government.”

While those agreements “ensured” that the Paris accord goal of limiting global warming since pre-industrial times to 1.5C “remains alive,” Sharma has warned, “the pulse of 1.5C is weak.”

In January, Sharma traveled to Egypt to thrash out the joint plan of work with counterparts there for the months leading up to November.

Last week, he spoke with German, Swedish spirit Rwandan ministers about COP26 promises and will use diplomatic flashpoints, such as the forthcoming G7 and G20 meetings, to “drive more ambition.” Dealing with the G20 would be his “personal priority”, he said.

Egypt is also likely to make its own diplomatic push: in the run-up to Glasgow, 460 UK climate attaches helped to lobby ministers worldwide.

Making good on national climate goals this year would “have to be achieved in the context of a dramatic spike in global fossil fuel prices and new pressures on the cost of living,” warned Chris Stark, chief executive of the UK’s Climate Change Committee, which advises the government.

One key test will be whether countries improve their 2030 emissions targets. Even as the Glasgow meeting rooms were being dismantled, nations including the US and Australia indicated they may not.

A pledge to wean the world off the most polluting fossil fuel was made for the first time in Glasgow. But there is no specific timeline within which countries must take action and coal use is surging again in some nations.

South Africa may provide a case study: rich nations agreed to a $ 8.5bn partnership to help it eliminate coal power, which will see the country close its coal plants more quickly than scheduled.

Sharma has said the COP team would look at whether there were “other countries that might be similarly supported.”

Hailed as a clear win at Glasgow, an agreement was struck on rules governing a global carbon market following years of discussions.

The system will allow countries to bilaterally trade carbon credits that can be used to meet their targets. It comes as the EU price for carbon allowances has soared to more than € 90 per tonne.

Making it operational will fall in part to the UN, with key details outstanding, such as how to report market activity. A new UN supervisory body to govern the system will also be created.

One landmark COP26 deal was the commitment by more than 100 countries to end the legal and illegal destruction of woodland by 2030. But analysts were quick to point out that there was little about enforcement.

Setting up a credible system of accountability will be part of the UK COP team’s work this year. Options include requiring forest targets to be included in existing country reporting to the UN, or setting up a formal ministerial process for monitoring.

Rich countries will remain under pressure to finally make good on an old promise to mobilize $ 100bn a year to support developing nations.

“The next step in finance is to start being clear on what we mean,” said Adair Turner, senior fellow at the Institute for New Economic Thinking. Details about what form that money will take – grants, loans or equity investments, for example – need to be agreed.

“We’ll all be judged on whether [COP26 promises] are made real, ”Peter Hill, chief executive of COP26, told UK parliament recently. “There is a huge amount to deliver.”