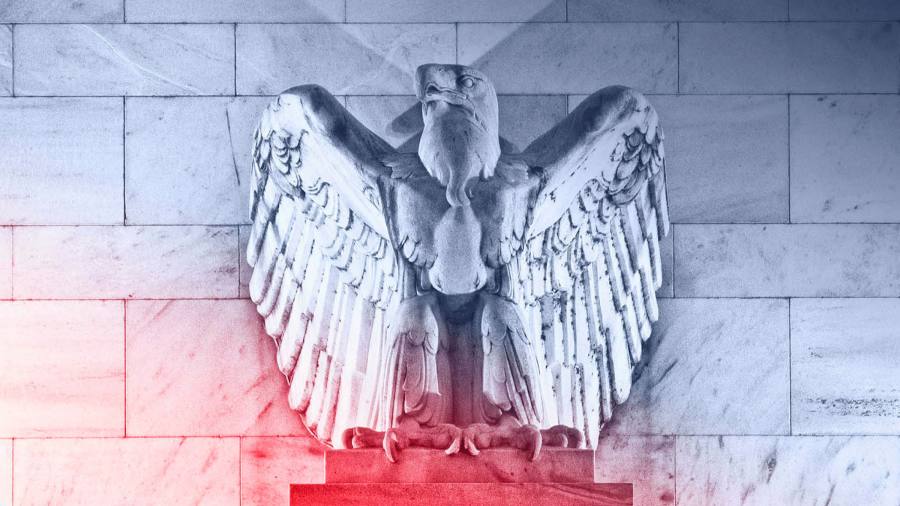 This article is an on-site version of our Unhedged newsletter. Sign up here to get the newsletter sent straight to your inbox every weekday

Good morning. I was delighted to see this week’s cover Economist, which gestures towards the possibility of a market crash. It makes me worry less about a nightmare correction, which is something I tend to do, both as a natural pessimist and for the usual middle-aged reasons.

The cover is a good sign because, first, we journalists are not good at calling big inflection points in advance. Our strengths are asking good questions and noting important details, which are necessary but not nearly sufficient for predicting the future. When journalists get the future right, it’s almost always luck. Second, crashes by definition catch people by surprise and out of position. Fear of a crash makes a crash less likely. Deep breaths, everyone.

A few days ago I quoted economist Claudia Sahm saying this about the Fed, where she used to work:

. . . the Fed is very uncomfortable with the balance sheet. . . they do not know why it works or how it works. They do not have enough data points on this working well. They can not talk about that much in public because they do not want to unsettle markets or themselves

The idea that the Fed does not have a clear grasp of what effect building a $ 9tn balance sheet had on the economy, or what effect shrinking that balance sheet might have, is unsettling. So whatever vague collective presuppositions the Federal Open Market Committee does have about its balance sheet operations are important to markets, given the imminent shift from expansion to contraction.

In this context, it is worth reading “Issues in the Use of the Balance Sheet Tool,” a 2020 review paper by three Federal Reserve economists. We know the paper was presented to the FOMC members – it says so right at the top. The paper covers a lot of territory quickly, but the key theme is the causal channels through which the balance sheet influences the economy. It focuses on three “traditional” channels: signaling, duration risk, and the portfolio balance.

Signaling is the notion that a fixed quantitative easing program commits the Fed to a certain timing of rate hikes – it makes the bank’s rate policy announcements more credible. In other words, investors can be confident rate increases will not start until QE is over, because buying bonds while raising rates would be insane. QE is how the Fed “ties itself to the mast.”

The duration-risk channel depends on the idea that by taking long-duration assets out of the hands of the public, the Fed reduces term premiums, bringing yield of long-lived assets down. The portfolio balance channel suggests that investors will replace the Treasuries bought by the Fed with imperfect substitutes – long-term corporate bonds, say – depressing yields on those assets, too.

The first channel is about timing. The other two are about the impact of QE’s removal of government bonds from the financial system. What is striking about the “Issues” paper is that it does not focus much on what QE creates and puts into the system, and what quantitative tightening will take out of it and destroy: money. That is, it is not much concerned with the liquidity channel. Here is how that channel is described in a paper by Arvind Krishnamurthy and Annette Vissing-Jorgenson (a paper which “Issues” cites):

The QE strategy involves purchasing long-term securities and paying for them by increasing reserve balances. Reserve balances are a more liquid asset than long-term securities. Thus, QE increases the liquidity in the hands of investors and thereby decreases the liquidity premium on the most liquid bonds. . . an expansion in liquidity can be expected to reduce such a liquidity premium and increase yields. This channel thus predicts that QE raises yields on the most liquid assets, such as Treasuries, relative to other, less liquid assets.

This helps explain why 10-year yields fell the last time the Fed balance sheet shrank, in 2018-19. And, as we have discussed here before, one can push the liquidity channel account further. QT may increase the supply of (safe) Treasuries in the hands of the public, but its absorption of liquidity offsets that – leading to not only more expensive Treasuries but a rapid flight away from higher-risk assets, from high-yield credit to stocks .

If the “Issues” paper is representative of Fed thinking, and as such the Fed discounts the liquidity channel, it may be surprised by what happens when it starts running off its balance sheet.

Does the bond market know anything about inflation?

I was a little alarmed when I read this passage in Jack Hough’s column in Barron’s this weekend:

Aren’t low bond yields telling us that inflation will come down quickly? Yes, but there are three problems with banking on that. First, yields have been tiptoeing higher. . . Second, as of this past week, the Fed was still buying Treasuries to suppress their yields. . . The third problem with listening to Treasuries is that they do not seem to know anything. Jim Reid, the top credit strategist at Deutsche Bank, recently plotted historical 10-year Treasury yields against what the inflation rate turned out to be over the following five years. The pattern looked a bit like a milkshake made with the blender lid off. . . Treasury yields now are probably saying nothing [about inflation]

This newsletter has banged on at some length about how bonds, in the inflation debate, are rock-solid members of team transitory. Nominal and inflation-indexed yields both imply that inflation will come down fast. I find this fact comforting. Who am I, after all, to argue with the collective wisdom of the world’s bond traders?

But maybe Hough is right and the world’s bond traders are, collectively, not very smart about inflation. I could not find Jim Reid’s chart, so I drew up my own:

This is not, on first look, a picture of prescience. Indeed, it makes it look as if inflation leads and bonds follow, dragging their feet. In the mid-1970s bonds failed to anticipate the high inflation of the late 1970s and early 80s, and were way behind the fall in inflation in the mid-80s. And since then, there have been few big shifts in inflation for bonds to anticipate.

Of course the current inflation looks a lot more severe than any of those incidents. But they did not include global pandemics to deal with, either.

Due Diligence – Top stories from the world of corporate finance. Sign up here

Swamp Notes – Expert insight on the intersection of money and power in US politics. Sign up here