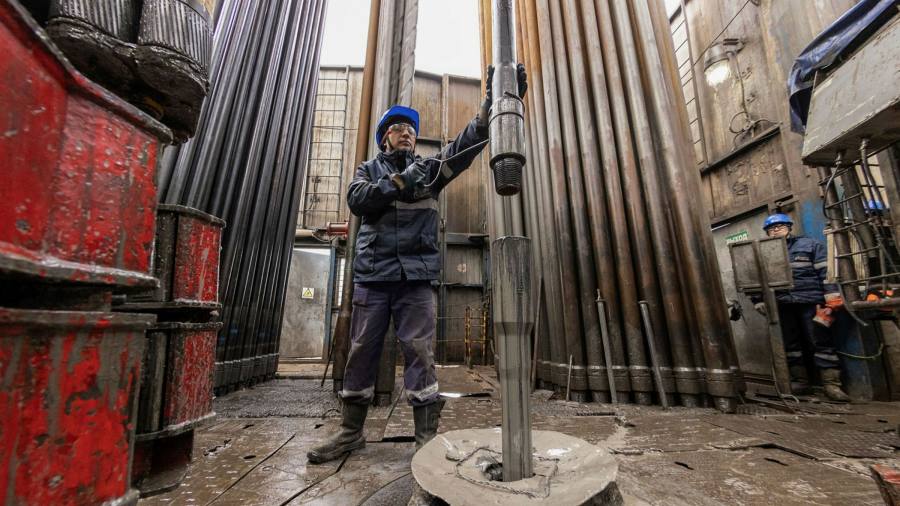 This was in 2008, just before Vladimir Putin sent Russian tanks across the border into Georgia. The US oil price eventually hit an all-time high of nearly $ 150 a barrel.

At almost $ 117 a barrel last week, US prices are still far from that peak. But echoes of 2008 – from war to the western officials’ pleas in Riyadh – are growing hard to ignore.

China’s relentless thirst for energy underpinned that rally 14 years ago. This time, even developed economies are joining in a post-pandemic fossil fuel binge.

Remember when the pandemic would hasten the peak in oil demand? US petroleum consumption hit a new high in recent weeks. Global consumption will do the same this year, says the International Energy Agency.

Supplies are not keeping up – a legacy of lower global upstream investment in recent years, now compounded by the deep capital spending cuts made across the US shale sector after the pandemic-induced oil crash. Some Opec producers – historically the suppliers of last resort – are struggling to hit their output quotas.

A market convinced a few years ago that the US’s shale revolution had brought an era of endless abundance now frets about scarcity.

The possibility that Russia’s oil shipments – meeting about 5 per cent of global crude demand and 10 per cent of the refined products export market – could be sanctioned is deepening those fears.

Even without an embargo, the new financial sanctions and exodus of western companies and technology could do lasting damage to Russia’s oil output capacity.

“Ultimately, what we’re seeing is a repricing of oil,” says Christyan Malek, a managing director at JPMorgan. His bank, which two years ago predicted a new supercycle for the commodity, says crude could hit $ 150 by 2023. But the Russia crisis could still bring a “massive overshoot”, Malek says.

US oil prices almost trebled in three months during the 1973 Arab oil embargo and doubled again in two months following the Iranian Revolution in 1979, as the country’s crude output collapsed. Other suppliers stepped in, minimizing the global shortfall. In 1979, it was fear of scarcity, not scarcity itself, that caused the spike.

There are still reasons to be bearish now. Speculative fervor has eased somewhat, says Pierre Lacaze, founder of LCM Commodities, a broker.

So-called “negative gamma” – options traders covering their short positions as prices rise quickly – was a significant factor as oil prices rose from $ 70 to $ 100 a barrel. But there are “not really significant” enough short positions that would indicate upside to prices solely on the basis of “negative gamma”, says Lacaze. The market is instead responding to geopolitics and fundamentals.

And those forces could still turn against oil prices. The fallout of the Ukraine war could dampen the global economy. A diplomatic deal with Iran would allow more of its oil into the market.

If this is your first oil shock and you’re already wincing at the petrol pump, brace yourself

Analysts at Citi, among Wall Street’s few remaining oil bears, say rising global production, including from Iran, will drive prices lower this year “as the focus shifts away from geopolitical risk to sustained oversupply and peaking oil demand”.

The US and other countries have also shown they will release strategic oil stocks to try to tame prices, points out Amy Myers Jaffe, a professor at Tufts’ Fletcher School.

Yet sustained losses of Russian oil supply would be hard to fix. Even the prolific US shale patch would need years to do its part.

Eventually, a price shock would offer another compelling reason to stop burning the fossil fuels that cause climate change. The shift to electric vehicles, already running at a fast clip, would accelerate. High prices would cure high prices.

But no one knows what that demand-destruction threshold is. Unlike the price spike of July 2008, when the mother of all credit crises was building in the background, today’s economic backdrop is also bullish. Many consumers are flush with post-pandemic stimulus cash, and itching to burn energy.

“We’re continuing to underestimate the oil price that the world can cope with,” Malek says. If this is your first oil shock and you’re already wincing at the petrol pump, brace yourself. The market thinks you can probably take more price pain.