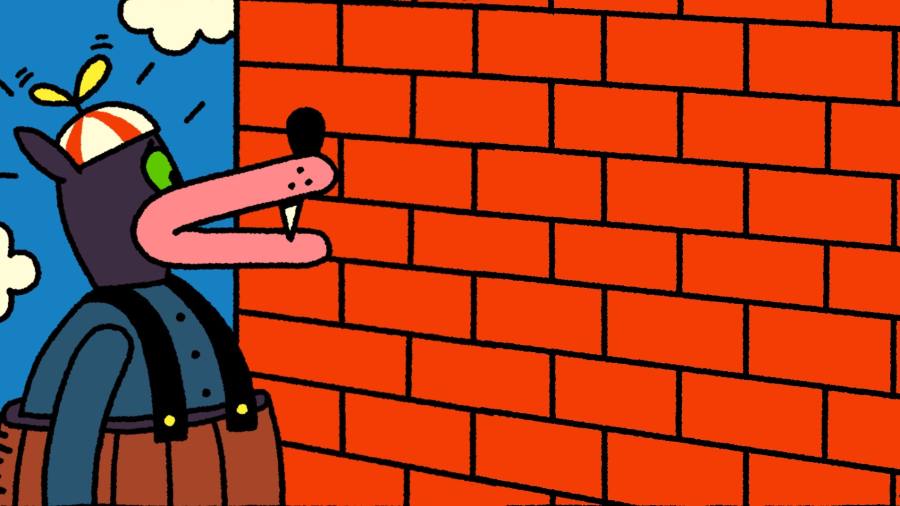 Frog’s Leap has always been an exception among Napa Valley wineries. The Williams family, who founded it, were preaching the organic gospel long before most of their neighbors. They have treasured old vine varieties that are less fashionable and more obscure than the most profitable Cabernet Sauvignon. They even seem to have managed an amicable and successful transition from one generation to another. And John Williams and his son Rory were Napa’s first to adopt a winemaking practice that has been spreading all over the world.

Wood, specifically oak, has long been the material of choice for aging and, often, fermenting wine in. It clearly has an affinity with the flavors of wine and, most importantly, encourages just the right amount of oxygen needed to stabilize and clarify it. Ancient civilizations may have used clay pots and the like, but wooden barrels succeeded amphorae as containers for both storage and transport as long ago as the third century AD.

Towards the end of the 20th century, it became a badge of honor among the world’s wine producers to boast about how many new French oak barrels they bought each year. Indeed, for many wine producers the world over, the greatest annual cost is their investment in new barrels, which hold the equivalent of about 300 bottles. They can cost $ 1,000 each and may be used for no more than three years.

In the past, an oak barrel – indeed, aging wine at all – was regarded as a luxury in poorer parts of Europe. Towards the end of the last century, they typically hoped to replace their old concrete vats, often as big as a room, with new stainless steel tanks that are much easier to clean. The abandoned wine co-ops that now dot the Languedoc, for instance, are full of these ghostly vessels, often still encrusted with the purple tartrate crystals deposited by red winemaking. Some of the more energetic wine farmers would use dynamite to rid themselves of these concrete dinosaurs.

Yet concrete has become increasingly à la mode in wine production. This century many wineries have experimented with giant concrete egg-shaped containers, which are supposed to encourage movement and useful contact with the lees. And glamorous new wineries, such as those designed for the glitzy likes of Château Cheval Blanc in St-Emilion and Masseto in Bolgheri, boast concrete fermentation vessels in all shapes and sizes. Perhaps the fact that, whatever the prevailing fashion elsewhere, Bordeaux’s most expensive wine, Petrus, has always been fermented in concrete has played a small part in encouraging this phenomenon.

But it applies only to fermentation. Most fine wine is still aged in wood, even if producers and consumers have broadly taken against the pronounced “oaky” flavors associated with new, small barrels so the size and average age of the oak barrel or vat has been increasing.

At Frog’s Leap, they are flying in the face of current practice in northern California, where demand for new French oak barrels has long been so great that the major French coopers established outposts there many years ago.

As well as using an array of concrete eggs, which John Williams describes as “space-eaters”, they have installed two 13,000-US gallon concrete “rooms” in which they age their Chardonnay and Sauvignon Blanc. They are thrilled by the additional texture in their wines. Indeed, so pleased are they by this retro material that they have also invested in 100 small, square 240-US gallon concrete cubes for their unusually zesty Zinfandel, with “tremendously exciting” results, says John Williams. (The results for Cabernet Sauvignon are less conclusive; it seems the Bordeaux red wine grape really appreciates its stay in oak, perhaps because it allows more oxygen ingress.)

One of concrete’s great advantages over oak is its steady temperature, but its appeal to the Williamses is also both financial and ecological. “It takes one 75-year-old oak tree to produce two barrels for wine use and those barrels have a usable life of three to five years,” says John Williams.

By contrast, the lifespan of a concrete container is unlimited, reducing their carbon footprint.

In fact, producing the cement for concrete is relatively heavy on sand and greenhouse gas emissions but at least the Williams are sourcing their new vessels close to home – from Sonoma Cast Stone, whose main business is producing sinks, just over the hill in Petaluma. The Frog’s Leap concrete containers have to be rinsed each year with a heavy solution of tartaric acid (the most common acid in wine) but are still easier to maintain than oak. 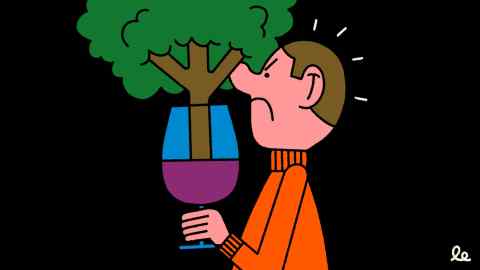 Such enthusiasm for aging wine in concrete may be unusual in Napa Valley but it has become increasingly common in Spain where some see concrete (and, in some regions, clay tinajas) as a wholesome revival of local tradition.

Highly respected winemaker Telmo Rodriguez decided that his new Lanzaga winery in Rioja would be all-concrete, reproducing how wine was made there in the 1930s. He was encouraged by his partner Pablo Eguzkiza, who had experience of making wine in concrete when working at Petrus in Bordeaux. “I really like wooden tanks,” Eguzkiza admits, “but they are very difficult to preserve in good condition (they always have to be full).” Lanzaga’s concrete cylinders hold up to 100 hectoliters (2,640 US gallons).

Other prominent fans of concrete include Michel Chapoutier of France and Australia, who has long favored it for grape varieties particularly prone to oxidation such as Grenache, and Sebastian Zuccardi of Argentina. When Zuccardi built a new winery in Valle de Uco, high in Argentine wine country, he deliberately focused on concrete vessels because he wanted to express local characters unaffected by the flavor of oak. He too points out that he is merely reviving a material that was common locally in the 1930s.

Yet not everyone is convinced. On the other side of the Andes in Chile, Burgundy-trained winemaker François Massoc is highly skeptical of what he describes as “concrete tanks in all kinds of shapes growing like mushrooms all over the world”. While concrete evangelists argue that wine can “breathe” in concrete, he claims they forget that the inner pores [of the concrete tank] are not connected with the exterior pores, so this is impossible ”.

Concrete-aged wines certainly do not appear to be starved of oxygen, and often seem to have freshness

Williams and Chapoutier counter that as long as the concrete is unlined, it is not oxygen outside wine containers that works its magic but minute amounts of oxygen trapped in the thin layers of the interior of the container. Concrete-aged wines certainly do not appear to be starved of oxygen, and often seem to have freshness and additional texture, though perhaps I am imagining a certain graininess.

Massoc is also concerned about potential contamination from chemicals used in making them, noting that, “Cheval Blanc made a large study before choosing their concrete, and we need to remember that Kees [this famous château’s chief adviser] is a geologist, so he knew what he was doing. That’s the reason why they have a beautiful and technically extraordinary winery. Others? I do not know. ”

Aging in concrete is very much in line with the current vogue for pure fruit flavors. It seems to be well suited to many a lively white wine and to reds for relatively early consumption. But for complex reds designed for long aging, the coopers probably need to lose no sleep.