Will Russia be cut off from Swift if Moscow invades Ukraine? 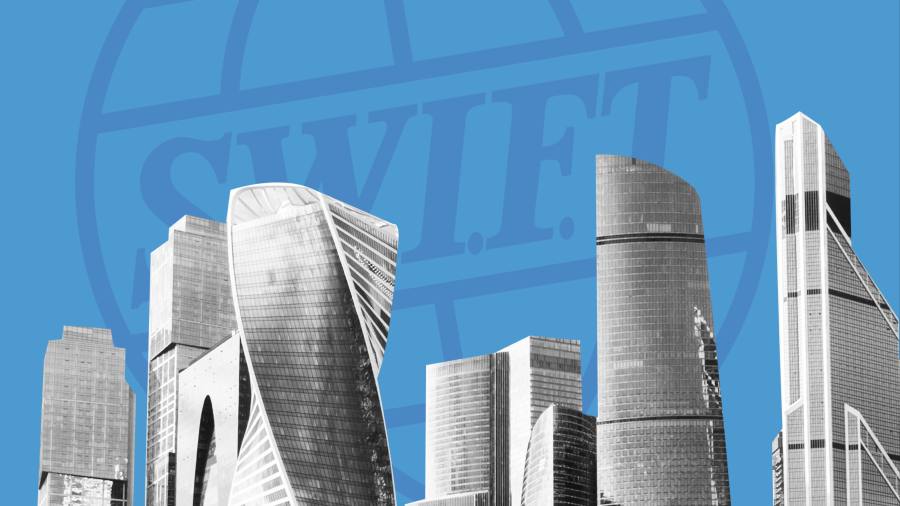 With its unassuming but crucial role in the global financial system, international payments network Swift has featured prominently in discussions over possible sanctions on Russia were it to invade Ukraine.

The Belgian not-for-profit co-operative provides secure messaging services for trillions of dollars worth of payments between banks. It has repeatedly found itself in the spotlight during international crises – notably the tensions over Iran’s nuclear program, when in 2012 and again in 2018 it was pushed to block Iranian banks targeted by sanctions from its services.

Western allies are now discussing whether Swift – the Society for Worldwide Interbank Financial Telecommunication – should be pressed to sever Russian banks’ access to its networks if Vladimir Putin, Russia’s president, orders an attack on Ukraine. But many officials and experts argue that such a move would not be the most effective way to put pressure on Moscow.

Why is Swift so important?

Swift operates a messaging system for banks around the world, transmitting payment requests and keeping a record of them on servers in Europe and the US. Owned by more than 2,000 banks and financial institutions, it handles 42m such messages a day.

Although other cross-border payments services exist, Swift plays an outsize role. The cutting off from Swift of some Iranian banks in 2012 was one of the factors behind a sharp drop in Iran’s oil exports, which fell from more than 3m barrels a day in 2011 to about 1m b / da a few years later.

US politicians called for Russia to be cut off from Swift after Moscow’s annexation of Crimea in 2014, although the idea never came to fruition. Alexei Kudrin, Russia’s former finance minister, warned at the time that such a move could cause its gross domestic product to contract by up to 5 per cent.

Russia, which accounted for 1.5 per cent of total transactions on Swift in 2020, has itself developed an alternative messaging system called SPFS which handles about a fifth of domestic payments, but this remains less capable and more limited in scope than Swift.

How likely is Russia to be cut off from Swift?

Swift has been part of the discussion between western allies over sanctions in response to the build-up of Russian troops on Ukraine’s border.

The EU, Britain and US have agreed on the use of financial sanctions, as part of a baseline package that can be upgraded or downgraded depending on the scale of any Russian attack on Ukraine. European officials have stressed that “everything is on the table”, but exclusion from Swift is not seen as the most likely sanction in the baseline package.

Swift said it was “neutral” and that “any decision to impose sanctions on countries or individual entities remains solely with the competent government bodies and applicable legislators”.

Gottfried Leibbrandt, former Swift chief executive, told a Financial Times forum last year that although the system was technically independent, more than 40 per cent of its payment flows were in US dollars and so Washington had effective sanction power over it.

A more likely route is targeted sanctions on Russian banks and their ability to convert rubles into hard currency. The EU is also co-ordinating with third countries such as Switzerland to ensure that sanctions do not just result in Russian financial transactions being diverted elsewhere.

Some experts argue that Swift gets more attention than it deserves when it comes to sanctions. Cutting Russian banks from Swift would give them a “significant operational problem” but would not itself prevent them from dealing with US or European counterparts, said Nicolas Véron of the Bruegel think-tank.

What are the alternatives for the western allies?

Directly targeting significant Russian lenders would potentially have a greater impact on Russia than cutting them off from Swift. If big banks such as Sberbank or VTB were blacklisted by the US, they would effectively be cut off from the global financial system. Banks elsewhere would be forced to shun them or risk falling foul of the US authorities.

Edward Fishman, an adjunct fellow at the Center for a New American Security, a think-tank, said any banks targeted would experience “significant liquidity issues” and a “dramatic loss of confidence”, meaning they might need to be bailed out by the Kremlin. By contrast, just cutting the banks from Swift would be a “headache” rather than an existential threat, he said.

Sanctions aimed at Russian banks and at degrading exports by Russia’s oil sector would be the most effective tools, he said.

Dmitry Dolgin, chief economist for Russia at Dutch bank ING, said “being cut off from Swift does not mean a ban on cross-border transactions”. Instead, he believed the potential for the US to impose heavy sanctions on any of the three largest Russian state-owned banks – Sberbank, VTB and Gazprombank – would be “the most severe scenario” because of their key role in handling foreign exchange flows.

He added that smaller banks could survive US sanctions, as Bank Rossiya did in 2014 because of support from Moscow, which made it the primary lender for the annexed Crimea and for Russia’s wholesale electricity market.

Could Europe pay for Russian gas without Swift?

It would be more difficult. Russian politicians have warned that without payment, the flow of gas – on which Europe depends for 40 per cent of supplies – and oil would quickly stop. This would come at a time when Europe is experiencing record gas prices and supply shortages, and with oil above $ 90 a barrel for the first time since 2014.

“If Russia is disconnected from Swift, then we will not receive [foreign] currency, but buyers. . . will not receive our goods – oil, gas, metals, ”said Nikolay Zhuravlev, vice-speaker of the upper house of the Russian parliament.

A senior European banker said a possible alternative would be for Europe to pay for Russian gas by putting euros into an escrow account at a European bank on behalf of Russian suppliers, to be accessed once sanctions were lifted. This was unlikely, however, given the sums involved and the risks for suppliers.

Daniel Tannebaum, a former official with the US Office of Foreign Assets Control, which administers sanctions, and head of sanctions at management consultant Oliver Wyman, said the fear of disrupting gas exports, in particular, would probably force the US and EU to proceed cautiously . Cutting Russian banks from Swift “would be like using a bazooka when perhaps a rifle could be almost as effective”, he said.

“It’s arguably better to designate a handful of specific Russian financial institutions in a manner that essentially cuts them off from the global economy,” he added. “You leave a number of smaller institutions to allow financing for commerce that has not been banned, likely to include energy exports, thus limiting any potential collateral economic damage.”

Headline inflation may not tell the full story