Will the west place an embargo on Russian oil and gas supplies? 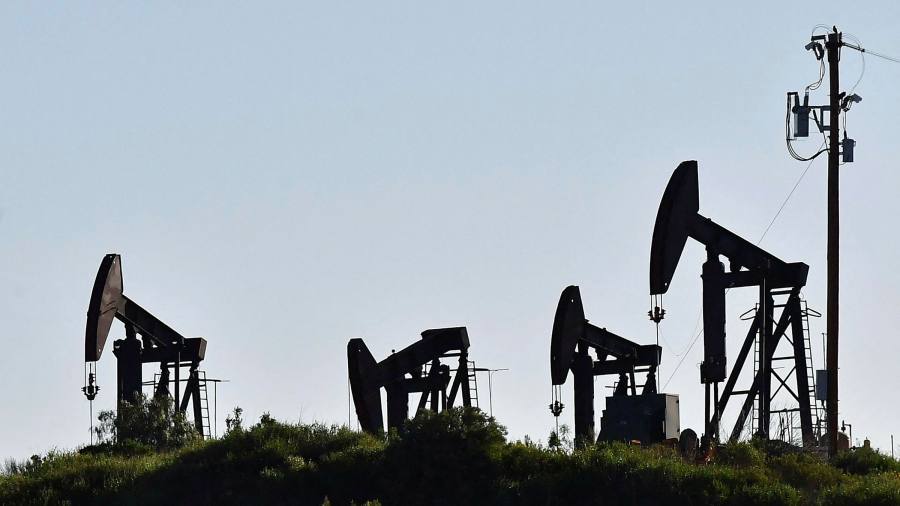 Ever since western leaders began to threaten Vladimir Putin with sweeping sanctions over Ukraine they have been clear any such measures would seek to avoid disrupting energy supplies – the lifeblood of the western economy as much as of Russia’s.

But as the brutality of Moscow’s invasion has intensified, the idea of ​​targeting oil and gas exports for sanctions is no longer off the table – even if it damages western economies in the process.

Canada, albeit a tiny buyer of Russian energy, has blocked crude imports and in the US, President Joe Biden is under mounting pressure from a diverse coalition of Republicans and Democrats to ban Russian oil.

“Nothing is off the table,” Biden said on Wednesday – even as press secretary Jen Psaki stressed the risks associated with taking such action. “What he does not want to do is topple the global oil markets or the global marketplace or impact the American people more with higher energy and gas prices.”

Here is what western leaders are weighing as they consider some kind of oil embargo against Russian crude.

Up to now the west has seemed careful to carve energy supplies out of sanctions. When Washington announced last week that it would ban Russia’s largest banks, Sberbank and VTB, from processing payments in the US, it excepted the country’s third-largest lender, Gazprombank, which serves the energy company of the same name. Gazprombank and Sberbank are absent from the list of seven institutions Brussels wants banned from the Swift messaging system, and the US’s Office of Financial Assets Control has also issued a general license that excludes energy deals from its sanctions.

In reality, however, many western banks, refineries and shipowners are in effect “self sanctioning” – behaving as if Russian oil has already been sanctioned. “Russia’s oil has effectively become toxic,” said one banker.

Some of the biggest buyers of Russian crude have canceled shipments and orders as companies from banks, to insurers, to shippers retreat from Russian business.

Roughly 70 per cent of Russian crude was “struggling to find buyers”, according to consultancy Energy Aspects. As proof, Russia’s flagship Urals crude, a staple for refiners in northwestern Europe and the Mediterranean, was quoted at a record discount of more than $ 18 a barrel on Wednesday.

Would an oil embargo make a difference?

Oil and gas receipts are vital to Russia, which is the world’s largest energy exporter. It ships about 5mn barrels per day of crude oil – about half of which goes to Europe – and a further 2.7mn barrels of petroleum products, according to traders.

In total energy export receipts were more than $ 235bn in 2021, according to the Institute of International Finance, generating close to half of Russia’s export revenue.

So sanctions on Russian oil would threaten this source of income for Moscow, even if it were able to continue to sell cargoes to China and other countries that are yet to take a clear stance on the invasion of Ukraine. Putin and China’s leader Xi Jinping unveiled $ 118bn of new oil and gas deals when they met at the Beijing Winter Olympics last month, just weeks before Russia’s invasion of its neighbor began.

However, some analysts argued that, given some two-thirds of crude buyers appear to be boycotting Russia, a formal embargo would have a limited immediate impact while still creating market concern that would drive up oil prices – already at an eight-year high – for consumers around the world.

Christyan Malek, head of energy strategy at JPMorgan, said that even without sanctions the lack of buyers could force Russia to cut oil production once its storage sites were full. Such a move would have potentially devastating consequences for Russian production capacity: shuttered oil wells can be difficult to turn back on.

“One possibility is that the west does not sanction but it is death by a thousand cuts,” he said.

Would an embargo hurt the US and its allies?

Banning oil imports into the US was unlikely to have much impact on the price of fuel in America, analysts said. US imports of Russian crude have fallen to just 13,500 barrels per day since the start of the year, according to S&P Global Platts, and while the US is much more reliant on partly refined products, most industry experts believe these stocks would be easily replaced by imports from Canada or Mexico.

“I would not expect [an embargo on crude oil and oil products] to shift the price of gasoline, ”said Zachary Rogers, a director at the Colorado-based Rapidan energy consultancy. “This would be a minor inconvenience for the US refining system.”

A bigger problem for the US, say industry executives, is the desire not to isolate European allies. Russia supplies 10 per cent of Europe’s refined products and more than 20 per cent of its crude oil, according to traders.

“The major reason not to do this now is not to put the Europeans in a bind where they feel they have to follow suit,” said one US industry representative.

Mateusz Morawiecki, Poland’s prime minister, has asked Brussels to ban coal, oil and gas from Russia but he is in the minority. Diplomats in Brussels said there had only been informal talks about a potential oil embargo.

One option would be for western countries to ratchet down oil imports rather than ban them immediately, said Richard Nephew, who helped draw up the sanctions policy on Iran under the Obama administration. “With Iran, we imposed 20 percent cuts every six months,” he said. “Doing something similar here would send a clear message while reducing the risk of an oil price spike.”

A blanket ban on gas purchases would have more immediate impact but is less likely. Russia sends gas to Europe worth roughly $ 450mn a day at current prices, according to analysts at Rystad Energy, via three major pipelines that supply about a third of European demand.

Unlike oil, European buyers have continued to place orders for Russian gas and even sought to maximize what they take under long-term contracts with state-owned Gazprom because it is currently cheaper than buying in the spot market.

“Flows are up, so long-term contract gas is still finding a home,” said Tom Marzec-Manser, head of gas analytics at ICIS, a consultancy.

Companies with more flexible short-term supply contracts, however, have already started to look for alternative sources of supply, he said. The result is a demand spike that has contributed to a surge in European natural gas prices: they rose 50 per cent on Wednesday to an all-time high of € 185 a megawatt hour.

The EU has made clear it wants to reduce its dependence on Russian oil and gas by speeding up the search for alternative supplies and developing renewable capacity more quickly. Europe has boosted imports of liquefied natural gas and refilled some gas storage.

But there is no source of alternative gas supply big enough to replace Russian flows in the short term.

Emre Peker, director for Europe at Eurasia Group, the consultancy, said a European embargo probably remained a step too far for an EU wary of having to pay even more for energy. “I know the issue has been discussed but it is not an immediate step the EU was prepared to take. There would be a big economic impact on the EU, ”he said.


Russia’s invasion of Ukraine must prompt an ESG reckoning