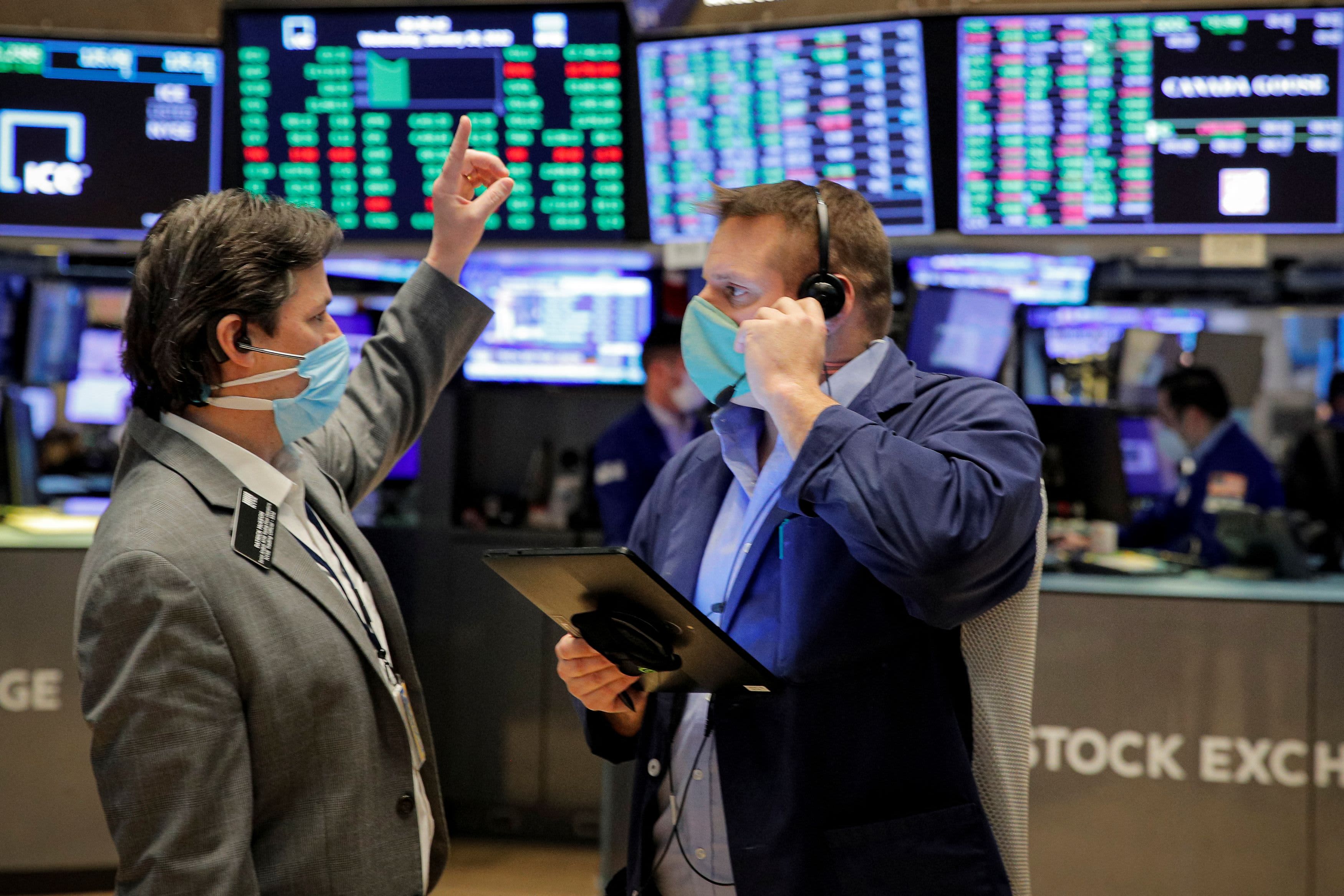 Federal Reserve Chairman Jerome Powell testifies before Congress in the week ahead, and markets will hang on to what he says regarding how the Ukraine conflict could impact Fed policy.

Powell will deliver his testimony on the economy to the House Committee on Financial Services on Wednesday morning, and then again to the Senate Banking Committee on Thursday. The important February employment report is also released Friday.

“Powell speaking is going to be important. Everybody’s trying to get a gauge of how he’s seeing what the Fed’s policy reaction might be in light of recent events,” said Jim Caron, head of macro strategies for global fixed income at Morgan Stanley Investment Management .

Investors are also keeping a careful eye on the Russian invasion of Ukraine, and its related impact on markets since Russia is a major commodity exporter. Oil initially shot higher in the past week, with Brent crude surging to $ 105 per barrel before settling back down to about $ 98 on Friday.

“I think Powell’s going to have to still be pretty hawkish, even though there’s still concerns about what oil prices are going to do to demand. The surge in oil prices is coming at the worst possible time,” said Diane Swonk, chief economist at Grant Thornton. “It’s stoking a well-kindled fire of inflation.”

The S&P 500 posted a weekly gain after some wild swings. Stocks fell sharply Thursday on news of the invasion, but later bounced. The index extended that rebound into Friday, rising more than 2%. Bond yields, initially lower in a flight-to-safety trade, reversed course and were higher Friday.

“Treasurys are supposed to be the flight-to-safety asset, and you did not make money in Treasurys when you had a geopolitical event,” Caron said. Yields move inversely to prices, and the 10-year yield was back near 2% on Friday. “There’s no place to run, no place to hide. I think a lot of that has to do with peoples’ expectations for interest rate policy and also inflation.”

Jeff Kleintop, Charles Schwab chief global investment strategist, said the stock market was relieved by the fact that there was clarity on sanctions against Russia. President Joe Biden announced on Thursday a new round of sanctions after the invasion.

“The fact they specifically excluded energy and agriculture means the spillover effects to the global economy are very limited,” Kleintop said. “It does not change some of the trends that were in place prior to the invasion, which of course is the tightening of financial conditions and concerns about inflation.”

Goldman Sachs economists said the impact on global gross domestic product will likely be small, since both Russia and Ukraine together account for just about 2% of global market-based GDP.

“In contrast, spillovers via commodity markets (Russia produces 11% and 17% of global oil and gas) and financial conditions could be somewhat larger,” the economists noted.

Schwab’s Kleintop said he expects the stock market to remain volatile into the Fed’s first rate hike, expected at its March meeting.

“We have been in a downtrend. Markets are concerned about valuations,” he said. As focus shifts away from Ukraine, “I think we’ll settle back to that more difficult, more volatile environment, but the concerns that this is a major disruptive break that completely changes the backdrop is probably not turning out to be the case.”

Caron said investors are looking for some clarity on whether the Ukraine situation could cause the Federal Reserve to slow down interest rate hikes.

A big question remains as to whether the Fed might raise rates by 50 basis points on March 16 to kick off its first round of rate increases since 2018.

“I do think that the situation in Ukraine makes it much less likely they will raise by 50 basis points this time around,” said PNC chief economist Gus Faucher, noting that the Fed will keep on a steady course and weigh the circumstances as it moves to hike.

However, traders will also look for clues on how the Fed could go about reducing its nearly $ 9 trillion balance sheet.

Caron said many investors expect the Fed to start reducing its holdings of Treasury and mortgage securities by June or July.

“It’s really about liquidity in the market. What we’re really trying to assess is whether this Russia-Ukraine creates a systemic risk,” he said. Downsizing the balance sheet is about draining liquidity from the financial system.

Caron added the stock market was getting some relief from the belief the Fed will not move as quickly as some expect because of the Ukraine conflict. “People believe rates are going to go higher, but not uncomfortably higher so all the growth equities are doing better in this environment,” he said.

He also said the February jobs report is important but it will not change the Fed’s path.

In January, 467,000 payrolls were added, and revisions announced in early February put the pace of recent job growth at about 500,000.

Swonk said she expects 400,000 jobs were added in February.

“We know that job postings in February picked up after a lull during the omicron wave and that should show up with more job gains in February as well. … We also saw the ramping up for the spring break season,” the economist said , noting she expects more jobs in leisure and hospitality and gains in everything from manufacturing to professional business services.

Oil prices will likely remain volatile with some strategists expecting continued gains. OPEC + holds its monthly meeting Wednesday. Oil was lower Friday, as speculation grew that Iran could soon reach a deal on its nuclear program that would allow it to return 1 million barrels to the market.

“That’s why you’ve seen the market react the way it has. There’s a decent amount of oil,” said John Kilduff of Again Capital.

West Texas Intermediate crude futures were down 1% on Friday at $ 91.86 per barrel.

Some strategists expect the market may have set a bottom when it snapped back higher Thursday.

But one investor appears to be making a big bet on a bullish move by the market.

“We had an investor who was just making a very bullish bet in the S&P 500, for the last three days. He doubled down on his bet today that it’s going higher,” said Cardinal Capital founder Pat Kernan on Friday.

The breakeven price suggests the investor believes the S&P 500 will be at least as high as 4,460 at that point.

Kernan said the market changed totally Friday, and it had been very different earlier in the week.

“It was crazy fearful two nights ago. This is one of the most bizarre markets we’ve seen but every single down tick today, they just bought it,” he said of S&P futures.

8:30 am Productivity and costs