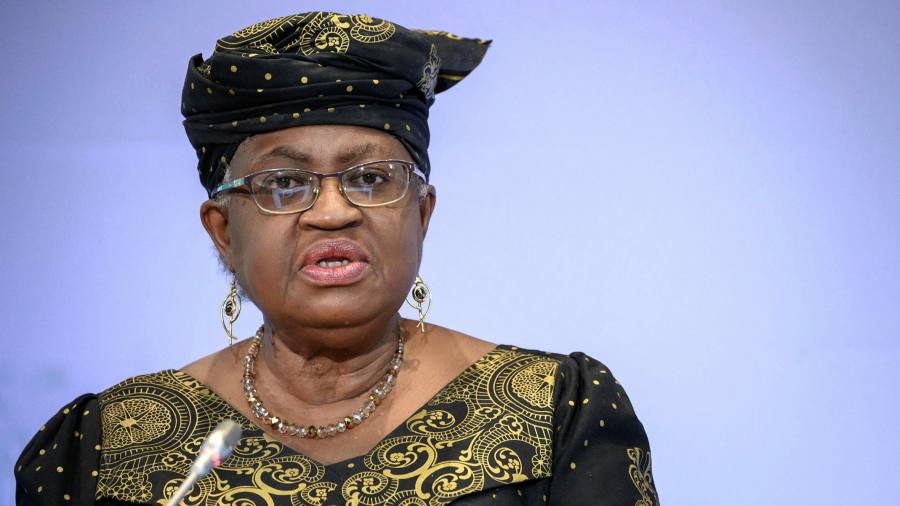 The crisis in global supply chains will continue longer than originally assumed and could permanently marginalize developing countries, said the head of the World Trade Organization.

Ngozi Okonjo-Iweala, the former deputy governor of the World Bank, who took office as WTO director general in March last year, told an audience in Paris that higher transaction costs risked putting pressure on poorer countries, even after some supply chain problems were resolved.

“We thought the supply chain disruptions would be temporary,” Okonjo-Iweala told a meeting hosted by Jeune Afrique Media Group. “We still think so, but they are taking longer to resolve than we expected – perhaps by the end of this year or perhaps into next year.”

Amid concerns that smaller companies are being pushed out of trade networks due to supply chain friction, the WTO will convene a meeting of business leaders, ministers and trade experts in March to discuss how to ease the persistent blockades, Okonjo-Iweala said.

In October last year, Okonjo-Iweala told FT that pressure on the supply chain would continue for “several months”, and in November said the problems should be “temporary” and resolved by the end of 2022. But the Omicron variant of Covid, which has shut down some production and transportation in China and limited global travel – forcing the postponement of the WTO’s own ministerial meeting in December – has pushed back expectations of a return to normalcy.

Okonjo-Iweala said demand on the demand side, which had caused shipping delays, should ease this year and that more supply capacity would come into operation.

“Demand for goods should fall, especially with inflationary pressures and the phasing out of support from pandemic-related fiscal measures,” she said. “Switching creates unprecedented profits, and some are investing in capacity.”

But she added: “It could also be that there are structural problems going on. It could be that the problems at, for example, US west coast ports are also due to structural and bureaucratic challenges.

“In addition, there are problems with many developing countries being on the long end of maritime transport,” she said, reflecting concern that poorer countries with smaller trade volumes risk being cut out of long supply chains if transport costs remain high.

The March summit aims to bring together shipping, logistics and trade companies with ministers and experts from international organizations to see what improvements can be made in the logistics chain. The meeting is based on the WTO summit last year, which convened pharmaceutical companies, epidemiologists, health experts and advocates to speed up vaccine production and delivery.

The WTO Ministerial Conference, which was to discuss reductions in fisheries subsidies and reform of the rules on intellectual property rights on Covid-related medical products, has been postponed until later this year.

How could the west punish Russia if it invades Ukraine?