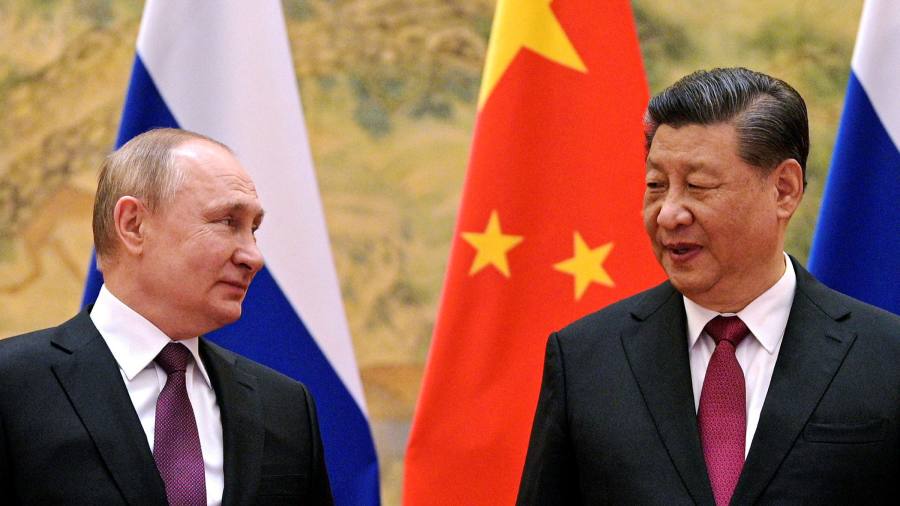 China has joined Russia in opposing further enlargement of NATO, a significant step up in Beijing’s support for Moscow, as the leaders of the two countries agreed to deepen cooperation across a range of security, political and economic areas.

Chinese Presidents Xi Jinping and Vladimir Putin of Russia said they were “opposed to further enlargement of NATO,” in a joint statement issued by the Kremlin after the two leaders’ meeting in Beijing on Friday.

When the West opposed Russia’s military build-up on the border with Ukraine and China’s treatment of the Uighurs in Xinjiang, Putin and Xi presented a common front in negotiations just hours before the opening ceremony of the Winter Olympics in Beijing. They also cemented bilateral ties with a slew of agreements, including a new gas supply agreement.

While China had signaled support for Russia in its stand-off with the United States and NATO in recent days, the joint statement goes much further. “This is the first time that Beijing has explicitly opposed NATO enlargement,” said Alexander Gabuev, an expert on Russia-China relations at the Carnegie Moscow Center, an offshoot of the US think tank.

Xi said China and Russia would support each other’s sovereignty and interests while also dealing with external interference and regional security threats, according to Chinese state media. The more than 5,000-word statement criticized “certain states’ attempts to impose on other countries their own” democratic standards “.

The two countries said they were “seriously concerned” about the Aukus Security Pact concluded between Australia, Britain and the United States last year. They also promised to “increase co-operation” to counter attempts by external forces to undermine security and interfere “under any pretext”.

“Putin-Xi’s joint statement from Beijing takes the Sino-Russian entente to the level of a common front to push back against US pressure on Russia and China in Europe, Asia and globally. An important development of the already close relationship,” Dmitri wrote Trenin, director of the Carnegie Moscow Center, on Twitter.

Russia’s Gazprom also signed an agreement with China’s CNPC to supply gas via a new route with deliveries of 10 billion. cubic meters per year over 25 years.

The confirmation of stronger Sino-Russian ties comes on the back of international alarm over Ukraine. Russia has moved more than 100,000 troops to the border with Ukraine in what the United States has said was a prelude to an invasion.

Despite the demonstration of unity, Putin and Xi carefully surrounded areas where their interests are not completely in line. The statement of the two leaders did not mention Ukraine, the South China Sea or China’s border with India.

Ukraine is a difficult issue for China because territorial integrity is one of the key principles of Beijing’s foreign policy. For Russia, support for China’s disputed demands in the South China Sea would jeopardize Moscow’s ties with other Asian nations such as Vietnam. China’s border dispute with India is problematic because Moscow is also seeking to strengthen its relations with New Delhi.

The United States and many Western countries have refused to send officials to the Games because of China’s human rights abuses in Xinjiang, where more than 1 million Uighurs have been detained, and Beijing’s repression in Hong Kong. 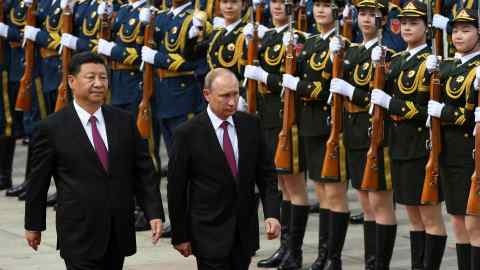 This is in stark contrast to the approximately 80 heads of state and royalty at the 2008 Summer Olympics in Beijing, including then-US President George W Bush, reflecting frayed ties between the West and China and disruption caused by the pandemic.

Prior to the talks, Putin condemned the criticism of China’s host of the Winter Games and praised the “stabilizing role” that the two countries played internationally.

Chinese state media proclaimed the “close friendship” between the two leaders, quoting Putin’s view of Xi: “He is accommodating and sincere. He is also a partner you can trust.”