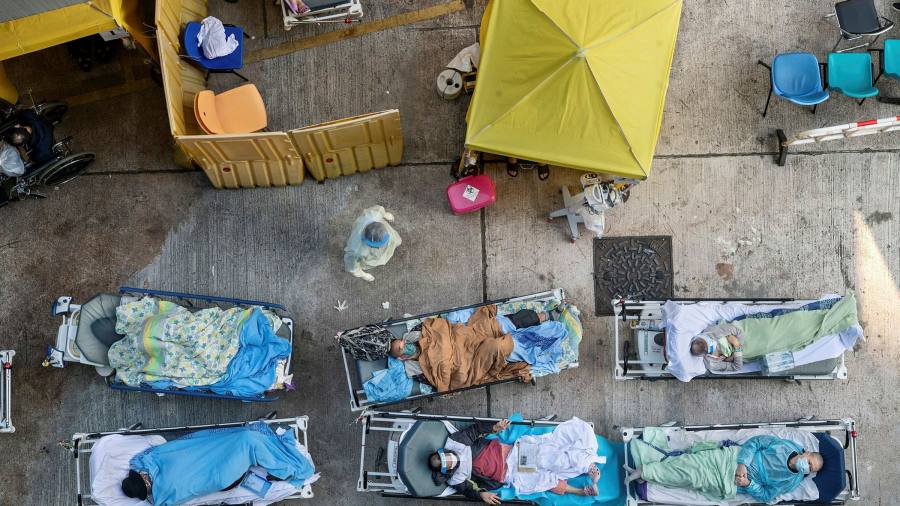 China’s president Xi Jinping has told Hong Kong to “take all necessary steps” to contain the city’s biggest coronavirus wave in a rare directive that analysts believe could pave the way for more stringent measures in the Asian financial hub.

Chinese government-controlled newspapers in Hong Kong ran Xi’s remarks on their front pages on Wednesday, saying the Chinese leader stressed that the city should “mobilize all possible forces and resources” to protect the health of residents and maintain social stability. Controlling the spiraling outbreak of the Omicron variant, Xi added, should take “priority over everything else”.

“[The city must]take every necessary action to ensure the safety and health of Hong Kong residents, ”the newspapers quoted Xi as saying.

The comments were made just days after Hong Kong officials met their mainland counterparts over the weekend to devise plans to achieve zero-Covid in the territory.

International business has warned the policy was undermining the city’s role as the region’s premier financial hub. Some companies are temporarily relocating staff from Hong Kong, which has been effectively cut off from both foreign countries and the Chinese mainland for almost two years.

Xi’s statement, however, sent a clear message that he would not tolerate the failure of his contentious zero-Covid approach to pandemic management in Hong Kong.

Lau Siu-kai, vice-president of the semi-official Chinese Association of Hong Kong and Macau Studies, a Beijing-based think-tank, said the articles suggested Xi “could be providing political support. . . and approval for [Carrie Lam’s administration] to roll out more draconian measures ”.

Pro-Beijing politicians have floated the idea of ​​mandatory Covid screening by district and the expansion of temporary medical facilities with the help of mainland Chinese experts.

Lam, Hong Kong’s chief executive, ruled out a “complete, wholesale” citywide lockdown on Tuesday, which experts said would be logistically difficult because so many Hong Kongers live in tiny apartments. A tougher lockdown would also rattle business confidence at a time when international companies were reviewing their operations in the city.

Hong Kong reported 1,619 coronavirus infections on Tuesday, with more than 5,400 preliminary positive cases pending confirmation by health officials. More than 220 people have died in the territory since the virus first struck in 2020, with a three-year-old girl becoming the city’s youngest fatality on Tuesday.

Authorities are struggling to find spaces in hospitals and quarantine facilities for the thousands of people testing positive every day, most of whom have only mild symptoms or are asymptomatic.

The public healthcare system has been overwhelmed, with many patients left lying on beds outside hospitals or waiting for days at home to be admitted. 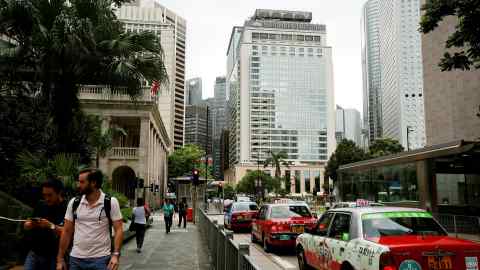 The city has already introduced its most stringent Covid measures yet, including a ban on multi-household gatherings and capping public gatherings to two people. A flight ban from nine countries, including the UK and US, has been extended until March 4.

Chinese policy advisers have also criticized Lam’s administration for its delayed response in turning to Beijing for help containing the outbreak.

“The latest wave of [infections] is not only Hong Kong’s own problem, but a matter that could affect national development, ”Lau, from the think-tank, added.