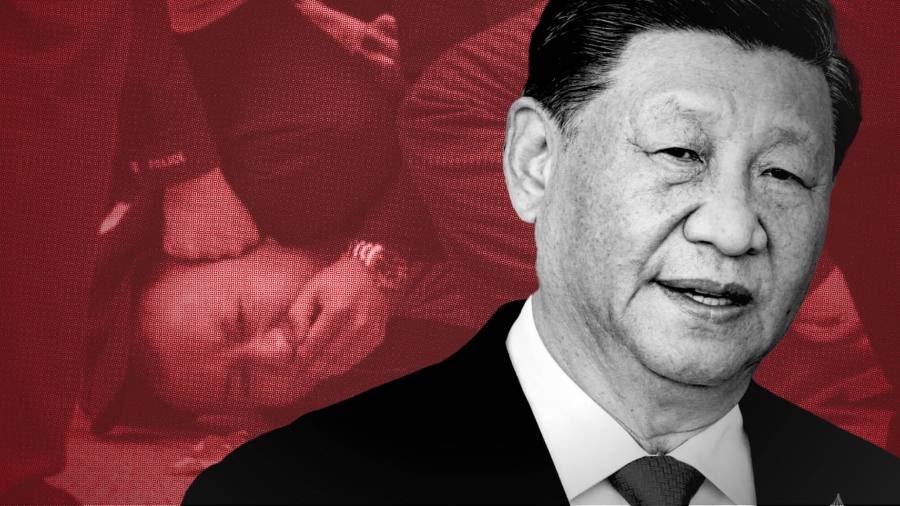 In 2011, Xi Jinping, China’s then vice-president, told his US counterpart, Joe Biden, that the “Arab spring” roiling north Africa and the Middle East happened because leaders across the region lost touch with their people.

A decade later, and less than six weeks after Xi coasted to a third term as head of the Chinese Communist party and military, the president is in a quandary after repeating their mistake.

Does Xi crack down on the nationwide protests that erupted against his administration’s “zero-Covid” policy over the weekend, risking an even bigger popular backlash? Or does he relent and soften coronavirus controls, potentially unleashing an “exit wave” of cases that could kill hundreds of thousands — if not millions — of elderly citizens over the coming winter?

The latter scenario would puncture Xi’s frequent boasts about the superiority of China’s party-led political system to deal with existential challenges vis-à-vis the US and other democratically governed rivals.

On Monday morning there were signs that local authorities were giving in to popular pressure. Two residents in the central Chinese city of Wuhan, where the pandemic began three years ago, told the Financial Times that lockdowns on residential compounds began to lift at midnight.

“Previously compounds would be closed even if there was not a single case, but one person had entered after visiting a high-risk area,” one of the residents said.

The fencing used to seal off residences also started coming down in some areas of Beijing. Pictures circulating on social media showed barriers daubed with mocking graffiti such as Berlin Wallor the Berlin Wall.

In an internal speech in 2012, Xi told senior party cadres that the Soviet Communist party, which crumbled two years after the Berlin Wall did, was doomed because nobody was “man enough” to stand up and save it.

Many are therefore skeptical that Xi, who has established himself as China’s most powerful ruler since Mao Zedong and sidelined his already weak rivals at last month’s 20th party congress, will give up one of his signature policy “accomplishments” without a fight.

“Xi needs to sustain the myth of his infallibility,” said Steve Tsang, director of the SOAS China Institute in London. “For a strongman or dictator, when challenged the instinctive response is usually repression. I don’t see Xi being an exception.”

Leading state media outlets refused to acknowledge the protests over the weekend and insisted that the party “would not waver” in its determination to “put lives and the people first” by sticking with zero-Covid.

Harsh treatment of alleged ringleaders or “black hands” in various protests would be entirely consistent with the party’s traditional reaction to direct challenges to its authority. And for every report of residents being liberated from a locked-down compound over the weekend, it seemed there was another of the police responding violently.

When Xi was challenged by millions of protesters demanding democracy in Hong Kong in 2019, he responded with an uncompromising national security law that led to the arrests of dozens of activists and ultimately crushed the movement. Similar challenges in China, by students across the country in 1989 and the Falun Gong religious sect a decade later, were dealt with violently.

In some gatherings, demonstrators have openly chanted for Xi and the party to “step down”, or quoted a now famous “bridge protest” just before October’s party congress in which a lone dissenter displayed a large banner calling for the president’s removal from power. 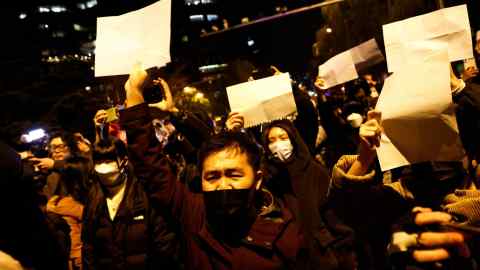 Other posts citing quotes by Xi Zhongxun, Xi’s late father and a senior party figure during the Mao era, on the need to listen to the people have spread faster than censors can take them down. So, too, have unflattering and sometimes graphic drawings of the president.

Economic hardship has fueled the outrage. “People have been locked in their homes for so long, can’t open their businesses and are in debt,” said Lance Gore, a China expert at the National University of Singapore.

In a video that went viral from the southwestern city of Chongqing, a man since dubbed “Chongqing Superman” entertains his neighbors with an eloquent rant about, among other things, the price of carrots, which he notes are now at least four times more expensive .

“No freedom and poverty, that’s where we are today,” he said to applause. His neighbors later rescued him from the clutches of the police when they tried to drag him off.

“[Chinese leaders] have been so fixated on a ‘successful party congress’ [that] they really lost the pulse of just how deep the discontent was over the rolling lockdowns,” said John Delury, a China expert at Yonsei University in Seoul.

“No matter what happens next, this is a giant rebuke to his policy of zero-Covid. To get to the point where you’ve got street demonstrations and campus speeches, that’s unheard of.”

But if the masses of people openly mocking Xi get their way by tearing down zero-Covid controls, a political disaster for China’s president could also turn into a public health calamity.

“Opening up now would be catastrophic,” predicted Joerg Wuttke, head of the European Chamber of Commerce in China.

Wuttke, who has not left China since the pandemic started in January 2020, argued that the government should focus instead on a “strong vaccination push that allows China to open up next year”.

China’s success in preventing uncontrolled Covid outbreaks for the first two years of the pandemic means the population has not developed natural immunity to the virus — a problem exacerbated by the patchy vaccination coverage among the elderly.

Chinese and US scientists recently predicted that an uncontrolled Omicron outbreak would cause demand for critical care units to outstrip supply by 15.6 times and result in almost 1.6mn deaths.

“The way they have dealt with Covid has been entirely centralised, not just by the central government but by Xi himself,” said Gore.

“It leaves no room for experimentation with [zero-Covid relaxation] by local governments and creates a big problem about how you open up.”

Is Fomo the new greed when it comes to investing?