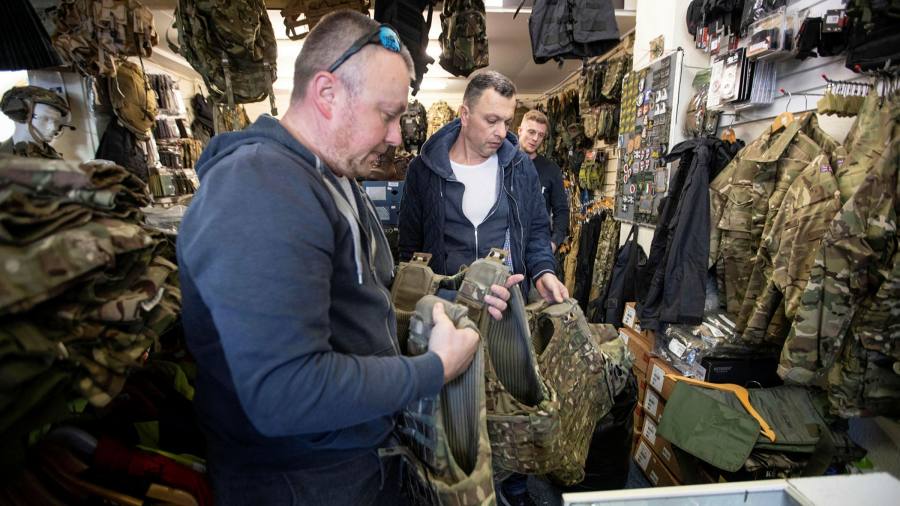 Slavko, the 55-year-old Ukrainian owner of a construction business in Toronto, had planned to return home to retire after 30 years living in Canada. Instead, he is returning home to fight.

He is one of thousands of people from the Ukrainian diaspora and other origins from across Europe, the US and Canada who have answered President Volodymyr Zelensky’s appeal for volunteers to join his army in resisting Russia’s invading forces.

“This is now for me the best opportunity. . . I will be ashamed if I do not come back to help, ”Slavko said by phone in Toronto, from where he was arranging a flight to Poland on Friday. He was then set to continue to his homeland, with his 25-year-old son, as part of a newly formed battalion of volunteers.

The numbers signing up from abroad to fight in Ukraine, including army veterans resident in Britain, the US and Europe, are swelling to form what could become the largest band of volunteers to fight in Europe since the international brigades participated in the Spanish civil war. It has been formally dubbed the “International Legion of Territorial Defense of Ukraine” by the Kyiv government.

A Ukrainian involved in the recruitment process from London said that by Thursday 16,000 foreigners had registered an interest in joining up from Europe and America, among them 6,000 in Britain.

Ukraine’s foreign minister Dmytro Kuleba said the day before that more than 1,000 volunteer fighters from 16 countries had started to make the journey. Almost 200 British army veterans have booked flights, according to the same person involved from London, while others are pooling journeys by car.

“The emails are coming in minute by minute,” said the person, who requested anonymity, adding that about half of those registering an interest in volunteering from the UK had served in the armed forces.

“There are those who do not have military experience and the embassy advises them not to go, but they still say they want to go. They say that they can be of medical use, they can be drivers, ”he added.

When Ukraine’s recent emigrants and those in temporary work overseas are taken into account, the numbers joining the army and civil defense units in Ukraine from abroad are far greater still.

According to the UN High Commissioner for Refugees, more than a million Ukrainians have fled the country to Poland and other nearby countries in the week since Russia invaded the country and began the siege and shelling of many of its main cities. A presidential decree prevents males of fighting age from leaving the country, so most of the refugees are women, children and expatriates.

But Ukrainian officials this week said a reverse trend was also taking place, with about 80,000 people entering the country through its western borders during the same period, most of them men.

“I want my children to have a Ukraine to go back to, a Ukraine that we all love, where our families are and the graves of our ancestors

“Patriots who have worked or temporarily lived abroad are coming to Ukraine to join the armed forces, other military formations and territorial defense forces,” Ukraine’s state border guard service said.

Andriy, a Ukraine-born resident of New Jersey who has lived most of his life in the US and has a wife and three children, is among them.

“I want my children to have a Ukraine to go back to, a Ukraine that we all love, where our families are and the graves of our ancestors,” he said.

Another prospective volunteer from New Jersey, Valentyn, served at one point in the Soviet army but was born in western Ukraine. “My children grew up in the US, but we are all Ukrainian and our hearts are aching,” he said.

Before the Russian invasion last week, Ukraine’s army numbered 261,000 active personnel, including 11,000 in the civil defense forces. Within a week, this number has swelled by 100,000, according to the armed forces, with half going into the military and the rest into the civil defense units.

The recruits, a mix of conscripts and volunteers, include those returning from abroad. The foreign fighters who are joining them have been allowed by Ukrainian law to serve in the army since 2015.

A 39-year-old former British paratrooper, who has previously provided tactical training to Ukrainian troops, knew of 70 fellow ex-paratroopers who had expressed a readiness to join.

“This is, in my opinion, the biggest threat to Europe since 1939,” said the veteran, who saw active service in Afghanistan and Iraq. He described the conflict as a “war on Europe”, adding: “Everybody knows that Russia has bigger plans than Ukraine. . . if they are not stopped now, when will they be? ”

An ex-sniper with 12 years’ experience in the British army, and who was among the last British troops to leave Afghanistan in 2021, was set to travel this Saturday to the Polish city of Krakow and then on to Ukraine, where he would be joined by two ex-Marines. 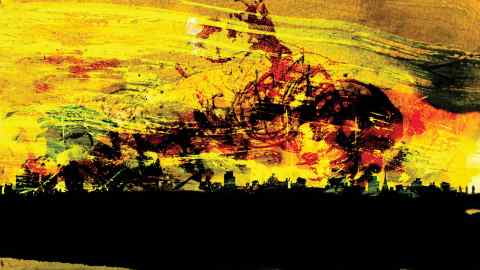 He said he would not be going if the UK government had clearly signaled that it was illegal. Instead, the government has sent mixed messages with Liz Truss, the foreign secretary, appearing to encourage volunteers last weekend. The office of Prime Minister Boris Johnson has since cautioned against all travel to Ukraine.

“It’s a cause we believe in. They are not just defending themselves, they are defending Europe, ”said the former sniper.

The new conscripts are being carefully co-ordinated and filtered depending on their experience by Ukrainian defense officials, according to another ex-serviceman familiar with events on the ground.

There are also efforts under way both by Ukraine and international volunteer groups to ensure volunteers get the right equipment, including first aid kits for those heading into combat zones.

“I have never seen the sort of moral indignation on such a level as this,” the ex-serviceman said. “The volunteers are people incensed by what is going on and not just gung-ho characters who think it’s a good idea to go to war.”